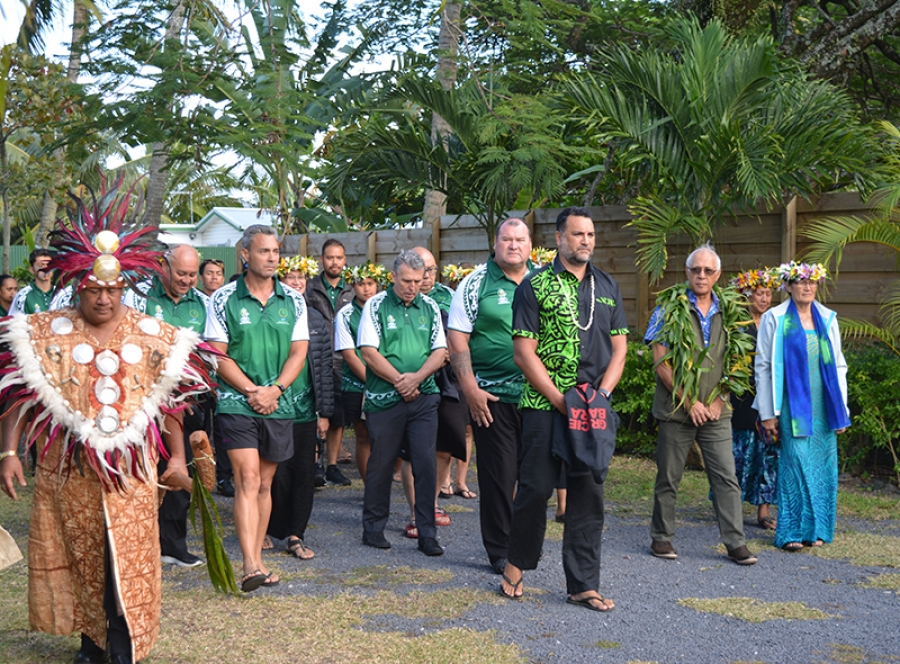 A powerful chant was recited by national sportsman Romani Katoa to show respect for traditional leaders who welcomed the Pacific Games team onto the Atupure Marae.

“I was honoured and humbled by the experience of being invited onto the marae. As we know it is tapu (sacred). It was indeed a privilege.”

Katoa performed the chant, known as a ‘Tila’ (pe’e), in his native Pukapukan tongue.

He represented the national sports committee and is the manager of the swimming federation.

“We should be proud of our kids - our warriors who are representing us. And let’s not forget the coaches, trainers, and all those who have made sacrifices to get our nation to the games.”

The Ui Ariki and Aronga Mana as traditional leaders invited the Pacific Games team for a farewell ceremony at the marae in Arorangi yesterday.

House of Ariki president Tou Ariki delivered a traditional oration, and acknowledged the hard work involved in the Games preparation, urging the team to hold on to their cultural and national heritage and do their best for the country with pride.

Aronga Mana representative Terei Mataiapo Iaveta Short addressed the team saying, “you are very fortunate to be representing us. We are very small nation - we are sending you on our behalf.”

“Follow the rules, the rules of behaviour, don’t cheat… don’t ever give up. Carry our flag with pride,” he added.

Former Cook Islands sports representative and member of Parliament Tiki Matapo shared his experience at the 1966 South Pacific Games in New Caledonia.Though not all athletes may win medals, he advised “don’t give in. Do your best with pride on behalf of our country”.

Over 200 of our athletes will participate in the 16th edition of the Games. The team departs for Apia, Samoa today and Thursday.