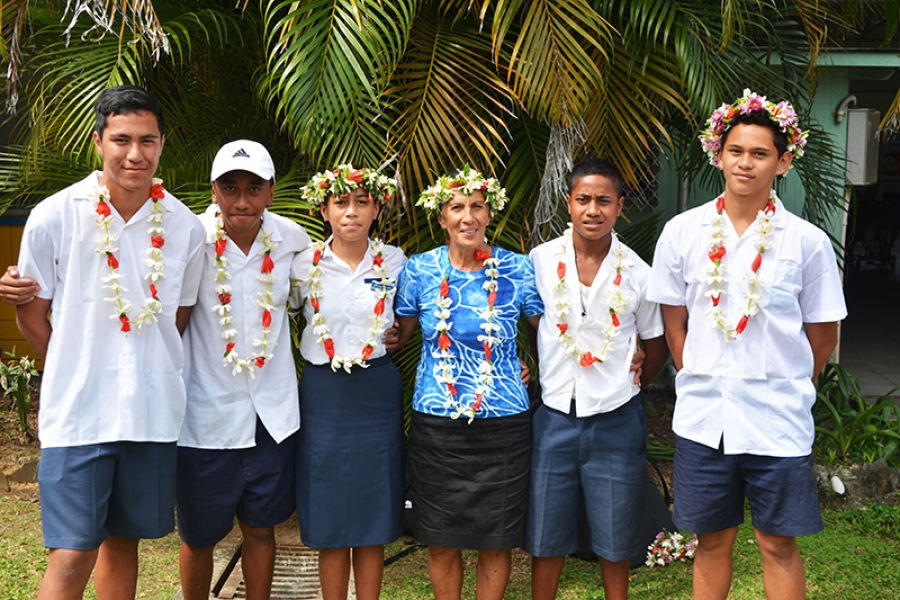 The first athletes from the outer islands have arrived to compete in Friday’s Youth Athletics Championship.

The team picked up a few tips yesterday training with the Track &amp; Field Club squad, with Teata saying the athletes were excited and nervous about their upcoming competition, but very happy to be on Rarotonga.

While here in the days leading up to Friday’s event, the students will attend Nukutere College.

Lewis said it was great to see the youngsters finally arrive and that they had assured him they were going to win all their events.

Tierney said she was “super excited” to finally have the first outer islands athletes on the island.

“It’s awesome to see our outer islands youth coming in to have a real national competition for our athletes.”

The programme will start at 8am with a short ceremony, followed by team photos. The first event on the track will be the 800m followed by the 100m at 9am. The first field events, the shot put and discus will feature at 8.30am.

Throughout the day officials will post results and identify top performances both on and off the field. The “Ake Hosea Good Sportsmanship Award” honours the memory of passionate athletics coach, the late Ake Hosea and it will be awarded to an athlete who displays the qualities of fair play, respect for opponents, polite behaviour, and graciousness in winning or losing.

The award is a fitting tribute to Hosea’s lifelong dedication to development of youth in sport and her beloved athletics sport.

A full programme can be requested from athleticsraro@gmail.com

Event organisers thank their extended family of sponsors for all of their support towards the competition including Kaylene Morehu, Air Rarotonga, Vonnia’s, Tile Centre, Prime Foods, Mareko’s Store, Koka Tours, KiteSUP, BlueSky, Bank of the Cook Islands, Ministry of Culture, CIIC and CISNOC.