Thursday 15 February 2018 | Published in Other Sports 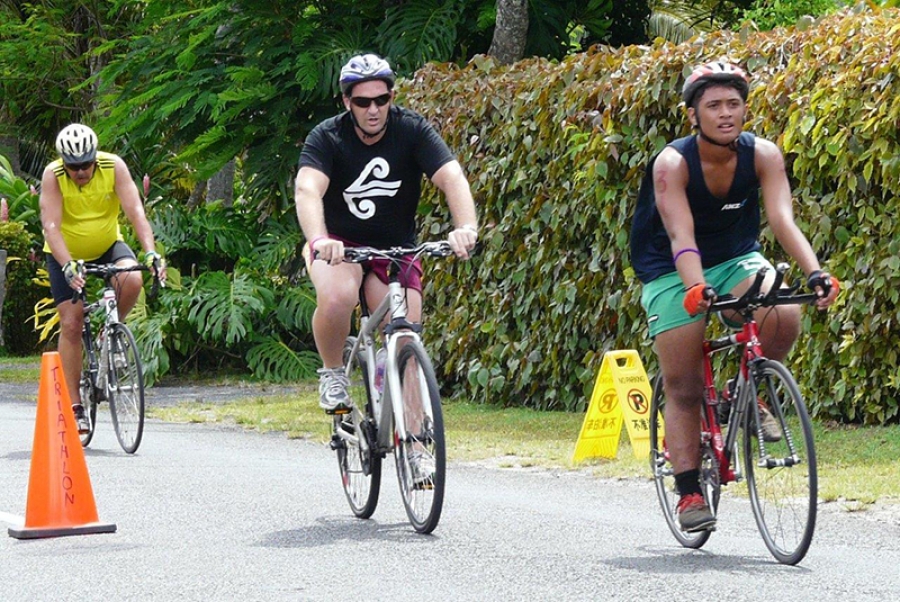 The Cook Islands Triathlon Association is gearing up for some exciting events over the next two weekends, starting with the infamous Corporate Team Triathlon Challenge this Saturday. The challenge will start at 2pm from the Tikioki Tri Site.

Cook Islands Triathlon president Roland Neururer said the event for teams of three would include a 200-metre swim, eight-kilometre cycle and two-kilometre run.

“It’s $45 per team, with great prizes for just about everyone,” said Neururer. “We have a few junior teams with kids tackling a smaller course of 100-metre swim, four-kilometre cycle, two-kilometre run. Junior teams are $15 per team.”

“The teams can even dress up for the occasion. The prizes and get-together afterward make it a fantastic family day for all ages and fitness levels.”

Next Saturday, the association will host the third Annual Aroa Vegeland Men’s Triathlon.

“This is just for the men and is a little bit different. It is made up of an exciting 1250-metre Stand Up Paddleboard, 18-kilometre mountain bike trail and four-kilometre off-road run,” Neururer said.

“This is where the men get to strut their stuff and show how strong they are – and vie for the title of overall winner – with again, great prizes and a special trophy to take home.”

More details on this event will be announced later.

“Get your fit cap on and start thinking about having some fun over the next two weekends at the Tikioki Tri Site.”