Editorial: Nature scorns those who would tame it 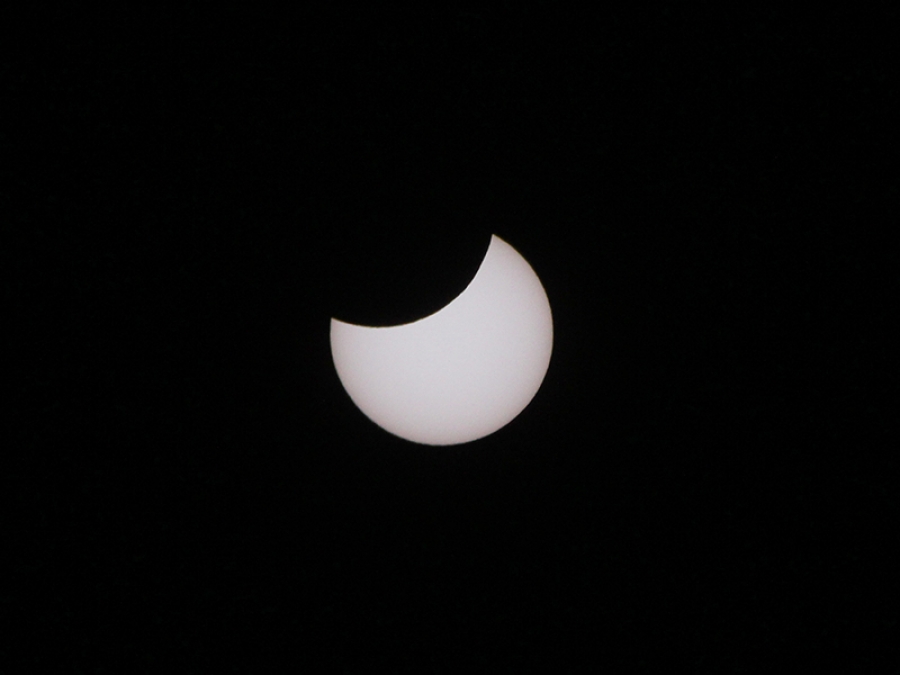 The beginning of the solar eclipse seen from the Paul Gauguin. Phillips-Williams, barrister RICHARD FIENBERG. 19070232

It was as if every element of nature joined forces.

The Meteorological Service issued a strong wind warning throughout the southern Cooks. And through the night the wind rose from the east, hurling about small pieces of debris, tearing at the roof, nosing and growling through the gaps in the louvre windows.

Then with the wind came the seas, riding high and proud, three-metre waves thundering into the reefs like iridescent horses of war at dawn.

And then, ra, the sun. It stepped carefully over the horizon like a distant warrior clad in a luminous necklace of keshi pearl – not big and round, but small and bright and intense.

Down at Ngatangiia, parents dropping their children at Apii Te Uki Ou stopped, half-looking over their shoulders at this piercing light. It was still low above the reef, where the specks of sweat leapt off the white horses as they pounded onto and over the coral.

Some teachers and children were out in front of the classrooms, watching the sun’s projection through pinholes in pieces of paper that the wind tried to rip from their hands.

One or two parents crossed the school yard and made their way down to the water’s edge, to take in the moment quietly.

In the end, nature laughed in the face of those who had thought they could tame it, those who thought that if they paid enough money, they could meet it on their own terms. A thousand kilometres away, 300-plus stargazers had paid thousands of dollars for berths on the boutique cruise liner Paul Gauguin but saw little more than clouds.

So too, the 10 crew and astronomers aboard a research ship that sailed from Papeete to Oeno Islands. “We had rain and clouds for eclipse 2019 but we still got to enjoy three mins of darkness,” says Otago Museum director Ian Griffin, aboard the MV Silver Supporter.

Yet nature also surprised those who least sought it, and least expected it. Those children on their way to class in Rarotonga witnessed a phenomenon of wind and water and fire that no money could buy.