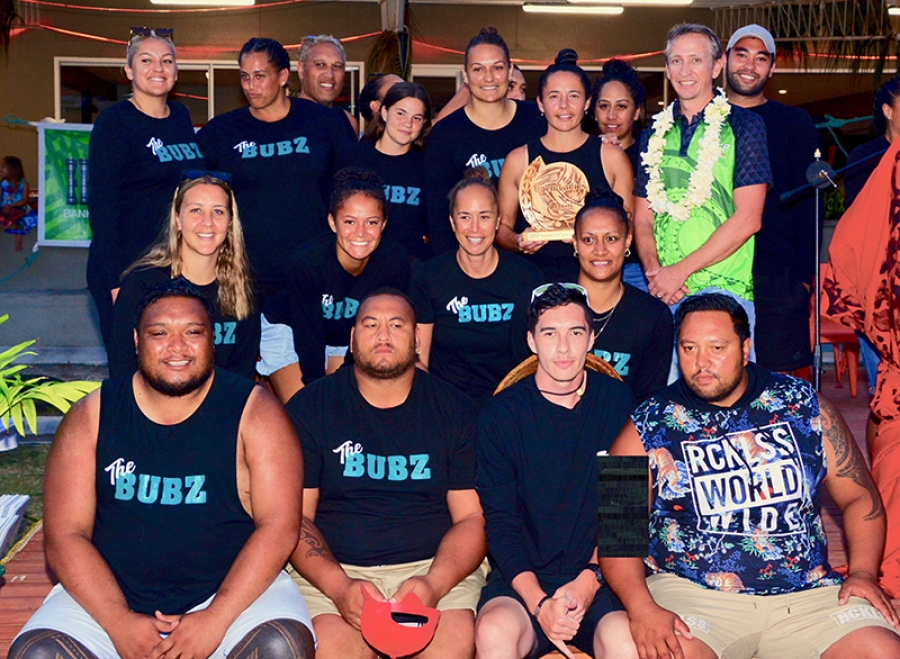 The Bubz of New Zealand won the open ladies and mixed titles at the BSP Netball in Paradise tournament this week. 18120531

New Zealand-based The Bubz claimed the major titles in the BSP Netball in Paradise tournament which ended on Tuesday at the Raemaru courts in Arorangi.

The team from Northland won the open mixed and open ladies titles in closely-contested finals.

In the open mixed final, The Bubz defeated Western Australia Kuki Airani 25-23 while in the open ladies, the side overcame a star-studded Kuki Starz of Rarotonga 25-19.

In the social ladies category, New Zealand’s Whangaruru took the top prize after beating All In, also of New Zealand, 38-12 in the final.

The major purpose of the Netball in Paradise tournament was to raise funds to cover annual netball events for all competitions, get resources such as balls, equipment, whistles, rule books, etc., and run workshops for technical officials and umpires.

In performance pathway, the event provide local teams with some international exposure through visiting teams and quality competition.