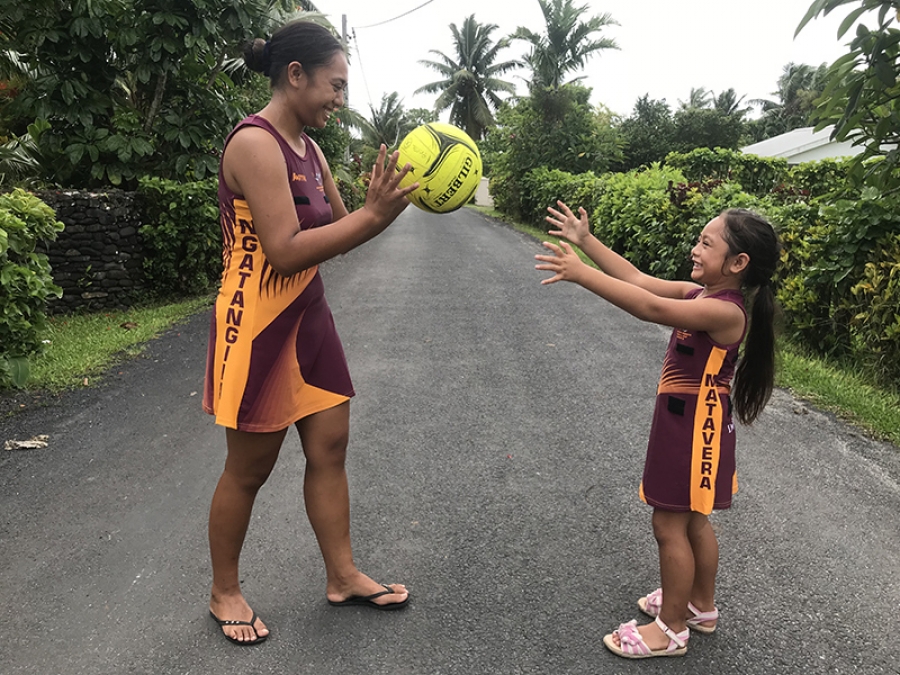 Five-year-old Mishaela-Rose shows off her netball skills to mum Terrie Nicholas. Mishaela-Rose will be competing in the upcoming junior competition. 20022318

Age group netball players get a chance to test and improve their skills in a new competition.

Netball Cook Islands will run a six week junior competition after their domestic league earlier in the year got cancelled due to Covid-19.

The 2020 Rarotonga Netball Competition featuring the top local clubs in age groups, seniors and premiers kicked off in early March, 2020.

But after a couple of rounds, the competition was postponed due to Covid-19 related restrictions.

Netball Cook Islands executives and its members/clubs made a collective decision to postpone the games until May 1 but the continued restrictions on contact sports forced them to cancel the event altogether.

With the lifting of restrictions on contact sport last month, the association decided to come up with a revised format.

Mii Maui, the Netball Cook Islands president, said the high number of younger players playing the sport led to their decision to run a junior competition.

The junior competition will commence from July 18 and will run for six weeks. It will feature age groups – under-6, U8, U10 and U12.

“We took into consideration feedback following a growth of junior players, and of the need to review our traditional competition format to allow a learning, inclusive and fun environment for this age group,” Maui said.

She hopes the age group competition will allow for inclusiveness and development.

“We have encouraged clubs to register up to three teams per age group so will be an A,B,C for each team, or more should the demand be there.”
Other changes to the format include, the U6 will follow a modified 4x4 game structure with usage of a third of court. The U8s who are still getting the feel of netball will also be introduced to a modified game structure 5x5 with usage of half court.

“You can say then each age group (apart from U6s) teams, B and C will be focused on development.”

Maui said: “It is an evening to celebrate all that is netball and give acknowledgement where due to the Black Pearls, Women in Sport, and our netball support/community as achievements for netball was made possible by all albeit in different ways. Funds raised is the start to the U21s netball campaign as we look towards the U21 World Youth Club in Fiji June 2021.”