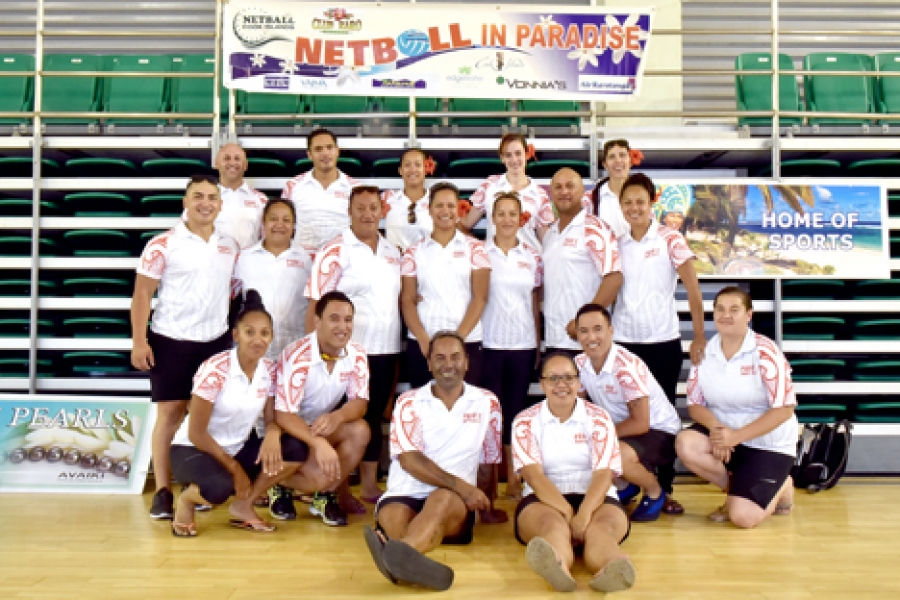 Australian based New Zealand Maori netball club Paua'z are on Rarotonga to enjoy what they love the most – netball and whanau. The 18-strong netball team have spent a year fundraising for the tour to Rarotonga for the Netball in Paradise tournament. They are keen to stamp their name on the competition and will be fielding two tough mixed netball teams. Coach Tipene Joseph says the club's aim is to enjoy netball in paradise and do their club and whanau proud. The team has been training hard for the tournament and spectators can expect the mixed division of the Netball in Paradise tournament to be action packed with loads of netball skills on display for the men and women on court, says Joseph. While the team will put everything they've got on the netball court, Joseph says they will also spend some time exploring the Cook Islands culture and the island's sights. In fact, some team members have already made connections with whanau here in Rarotonga and will no doubt make the Netball in Paradise an annual visit for the club. Get along to the TSA today from 2pm to catch all the netball action. Matariki Wilson/Mana Media

To continue reading this article and to support our journalism

Our people. Our news. First.