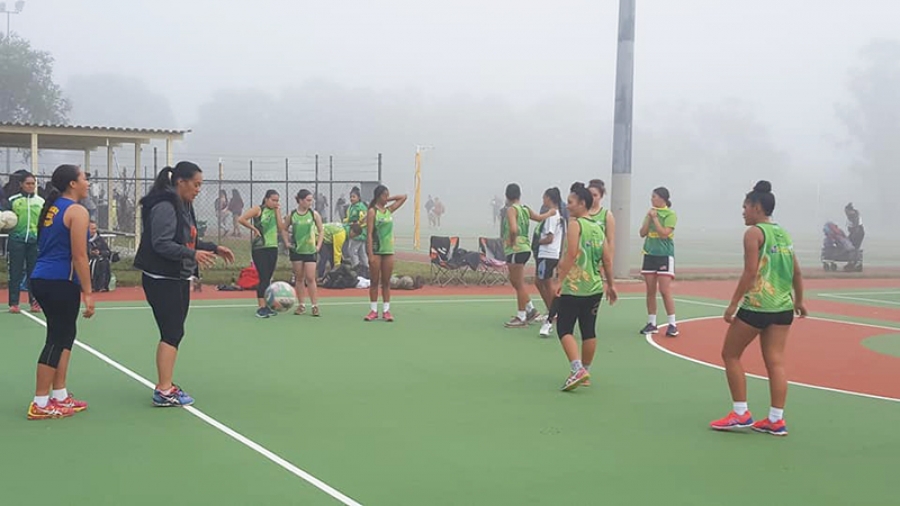 Taken in July this year, this photo shows Australia-based Cook Islands rising netball stars at a training session on a foggy morning. 18111210

Arming rising netball stars with the right skills and tools to enhance their own natural talents is key to developing the future of netball in the Cook Islands.

And this is exactly what passionate elite netball coach John Glassie has been doing.

The netball academies are an initiative under the Combined Cook Islands Netball Australia, with over 40 players in the Queensland academy and 20 in the Victoria Academy.

Numbers are continuing to grow at the Western Australia academy, while around 30 talented teens between 14 and 18 have been taking part in the Rarotonga academy since it started in February earlier this year.

The creation of the academies has also been a labour of love for Glassie, who has initiated the netball development pathway programme with no funding from Netball Cook Islands although he has received funding support through the Pacific Sports Partnership – an initiative and partnership between Netball New Zealand and the New Zealand Ministry of Foreign Affairs and Trade.

“The academies were set up to help create a pathway into the national squad,” says Glassie.

“The focus is to teach netball skills to enhance the players’ talents.”

For the past year, local junior netters have been put through their paces during twice weekly trainings with positive results showing on court during the recent domestic club netball seasons as well as the just competed Rising Stars netball tournament.

For Glassie, netball development has an eye to the future, with development pathways laid out for the next eight years.

Glassie explains that development now will strengthen future national netball teams, with players currently aged 14 and in the academy having real opportunities to make the Cook Islands National squad for the 2021 and 2025 World Youth Netball Championships.

“By this time, the hope is that the players have developed a broad base of skills,” says Glassie.

He says that after last year’s Cook Islands under 21 World Youth Netball Championships his report reflected the need for earlier development of netball skills and international duty preparedness.

With that in mind, players from the three Australia-based Cook Islands netball academies will be converging on Rarotonga for a camp with the Rarotonga academy players.

Glassie says the camp, to be held at the Manihiki Hostel and run from November 23 to December 2, will also give the junior netball academy players a taste of what it will be like as a national netball squad member.

The rising netball stars will have a comprehensive schedule of training and games before four under 17 netball squads, two made up of Australia based Cook Islands academy players and two made up of locally based academy players, are selected to play at the Netball in Paradise tournament scheduled from November 29 to December 2nd.

The academy model developed by Glassie is now being adopted by Netball Tonga, Netball Fiji with Netball Samoa the recent regional nation to see the benefit of the netball academy to ensure a bright netball future in their nations.