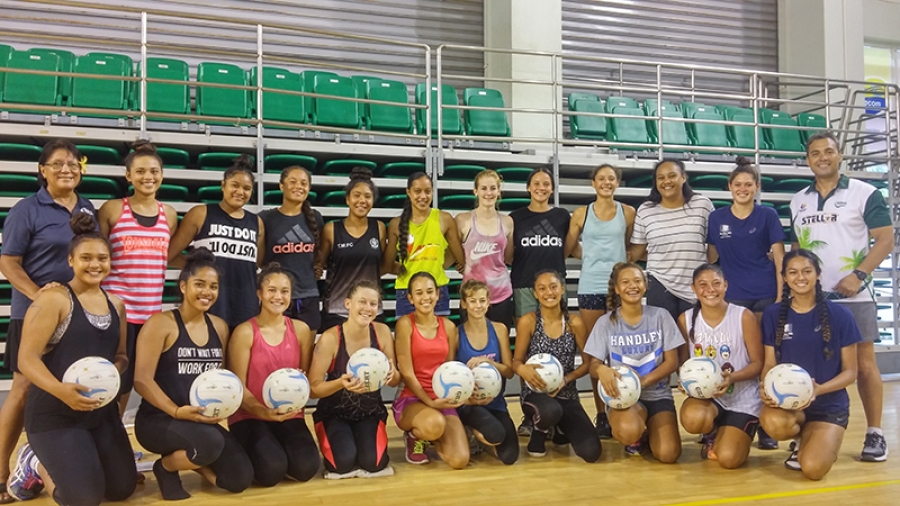 Members of the inaugural National Netball Academy in Rarotonga. 18021425

A number of young women took their first step towards the national netball squad last Saturday after gaining positions in the inaugural National Netball Academy in Rarotonga.

This academy will run throughout the entire year, with part of the goal being to prepare for the U21 national trials for the Oceania qualification games in 2020.

“The trial for the qualifiers will be in 2019, and to ensure the players are at a standard suitable for international competition it is vital the athletes prepare now,” Cook Islands Netball Country Coordinator John Glassie said.

Glassie was impressed with the discipline and enthusiasm shown by the participants.

“Girls showed lots of ability and potential while learning new techniques and quickly grasping the concept,” he said.

“They were also introduced to the Fast5 concept, which has grown in popularity around the world.” Glassie also gave a big meitaki ma’ata to Pacific Sporting Partnership and NetGo New Zealand for giving the girls the opportunity to participate in the inaugural academy.

During the first six weeks, trainings will be based on the requirements that were recognised at the trials, focusing on effort and skill.

“Success will be determined by the effort level put in by each individual to achieving the desired results,” said Glassie.

“This programme not only tends to the physical side of preparation, as psychological skills need to be developed to cope with the rigours of an elite athlete.”

The first training was held on Tuesday morning, with players arriving at 5.45am at Tupapa courts ready for training.

“With full attendance, the girls were taken through their strength and conditioning programme, which details what they will do each week. The athletes pushed themselves and are commended on the effort during their first morning session,” said Glassie. - CL