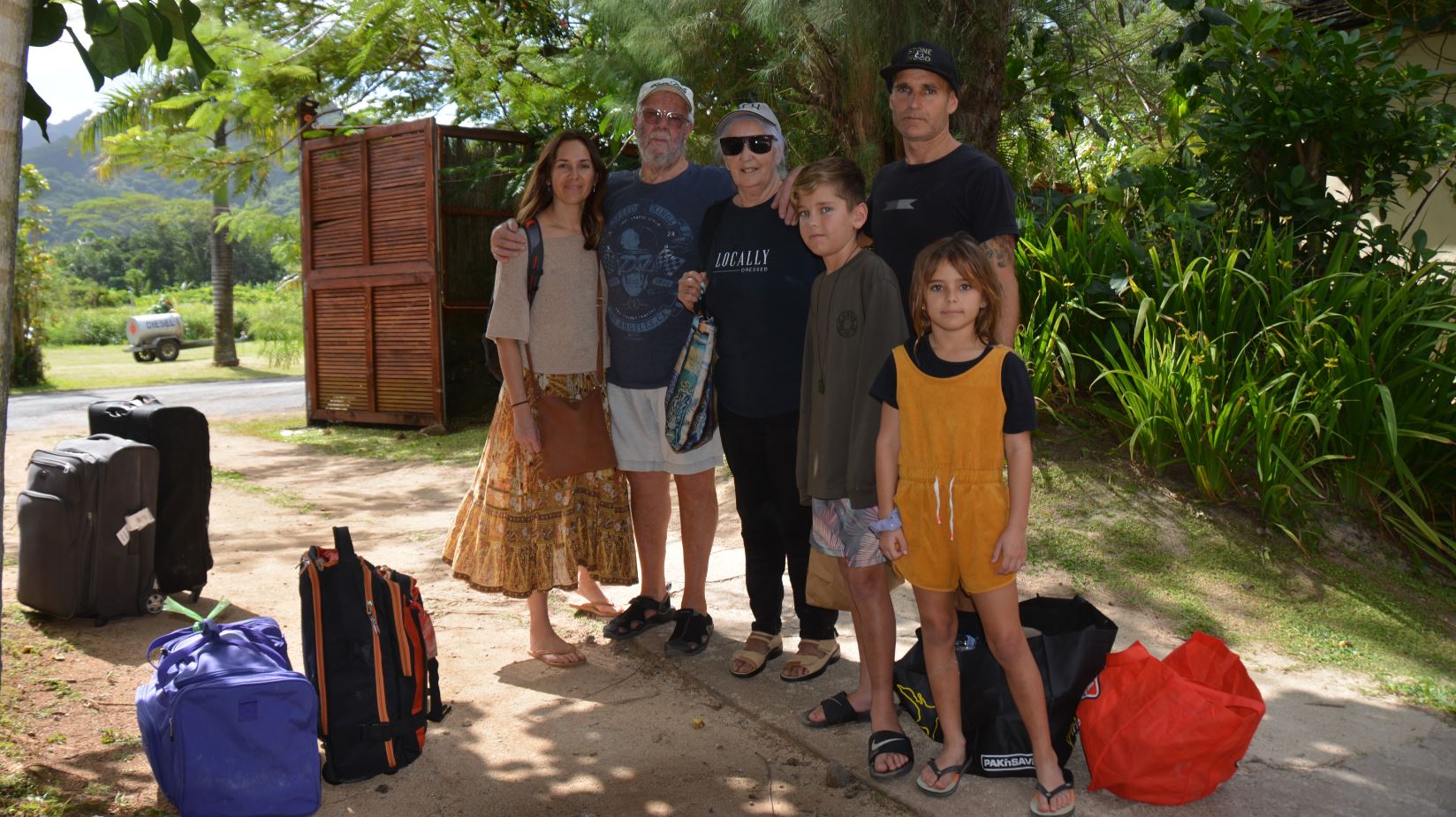 Australian tourist Bradley Ross and his family who recently lost their home in the Northern NSW floods in Australia had to endure a similar experience on their first night in Rarotonga.

The family along with Ross’s parents had to be evacuated from their rooms at The Rarotonga Beach Resort and Lagoonarium on Tuesday night, after multiple king tides lashed through their hotel rooms causing widespread damage and chaos.

A number of hotels like The Rarotonga Beach Resort and Lagoonarium were damaged and battered from the event, with sections of the road closed off around the island and unable to open until it was safe on Wednesday.

“We turned up (on Tuesday) on the 8.30pm flight from New Zealand and there was water on the roads everywhere,” shares Ross.

“We came in and pushed our baggage to our rooms and didn’t really think too much about it, then we went to grab some food around 9.30pm and the waves were smashing the handrails at the restaurant with water coming through the bar.

“We lost our house in the Northern NSW floods (recently) and have got quite a bit of anxiety from that, and so, we went back to the room where we were staying and by that time the water was knee high through the walkway from reception to our room," he added.

“We waded through that and got to the room which is on the bottom level, and there was water everywhere, all through the room, up to our knees.”

According to Ross and his wife Tess, only a couple of their bags were wet and damaged, as a lot of their personal belongings were safely stored on their bed.

But when they went to get his parents Stan and Julie Gorman, who were staying on the beachfront which was severely damaged by high swells, Ross discovered they weren’t in their room and began to panic as he could see shards of glass had come through under their door.

“I assumed the front window had smashed but luckily they weren’t there," shares Ross. "So I went back to the restaurant and they were there putting on their shoes.

“We waded back through the water to their room and opened the door and the whole front window had all been smashed in and the four post double bed had been lifted up off the ground and moved against the door," he added.

“It was a bit scary. All of their bags were on the ground so they lost everything. Except my mum had their passports so she was pretty happy about that.”

Ross and his family were eventually moved and evacuated to the VIP room at The Rarotonga Beach Resort and Lagoonarium, where according to the couple and their parents everyone slept on swabs.

For many of the visitors affected most spent the rest of their Tuesday night in the VIP room and some opted to stay elsewhere.

The couple and their children eventually moved to Club Raro on Wednesday and their parents stayed with some friends before heading to Aitutaki.

“A kind lady was going to stay with a friend inland so she let us take her room which is where I stayed with one of the kids and my mum,” says Ross.

“The rest of the family stayed in the VIP room and slept on the ground. Management moved everyone in the lower rooms to the VIP room as there was nowhere else to go.

“The Rarotongan they have been good and they refunded our rooms, but I think it took a long time for someone to make a decision," he added.