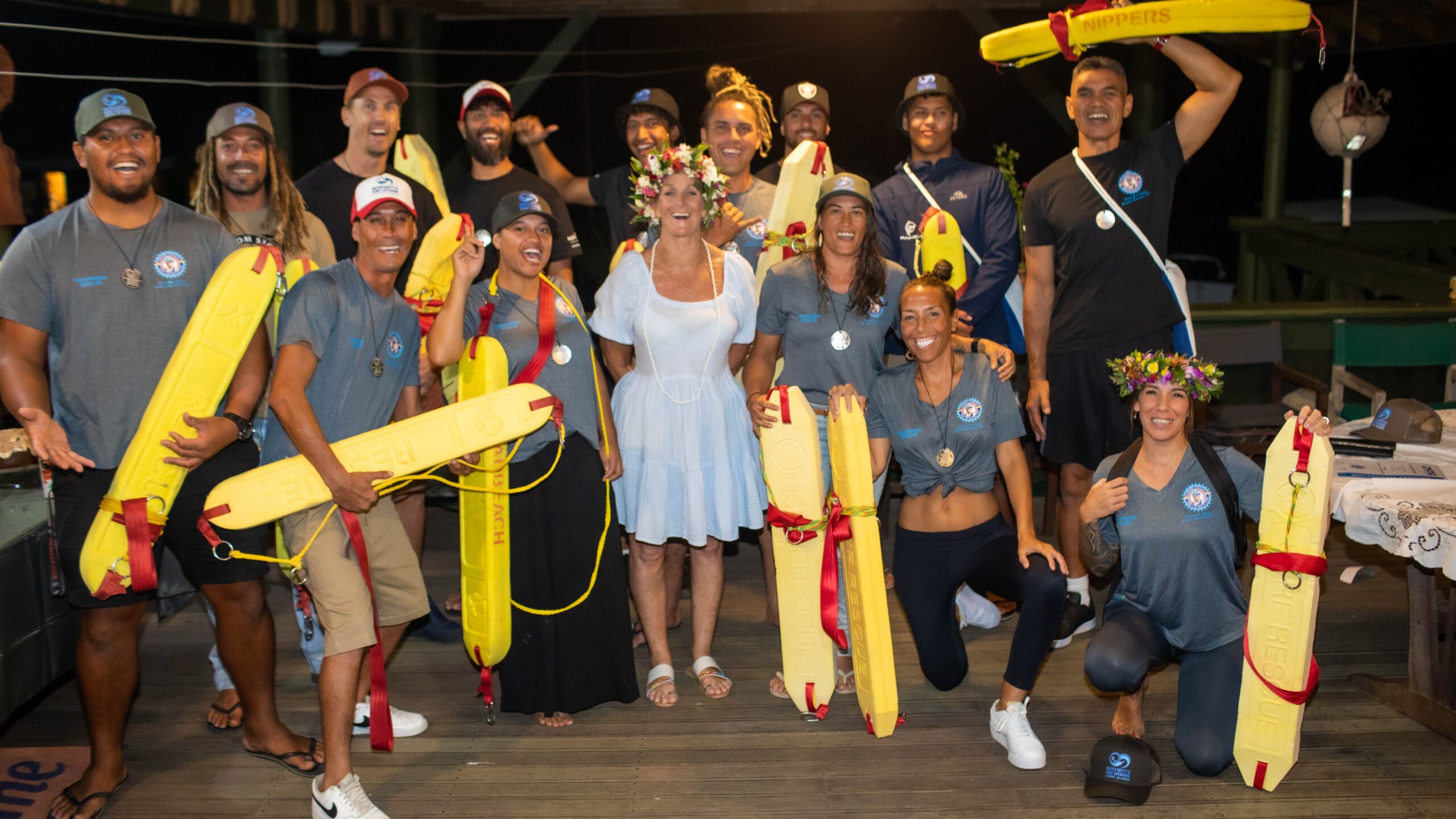 A group of tour guides have been put through their paces in an intensive marine safety course.

Surf Lifesaving Queensland’s Lisa Maddison, who oversaw the training sessions, said she was delighted with the sheer camaraderie of everyone involved.

“A lot of these people hadn’t worked together before,” Maddison said.

“But all of them wanted to participate for the good of the community.”

Maddison said there were a variety of skill levels among those who took the course, but everyone improved markedly over the two weeks.

“There was one girl who could barely put her head underwater when we started but she ended up completing the course to the standard required, which was quite a significant achievement,” Maddison said.

“I spent a lot of time working on their swimming fitness, board skills and tube rescues – a lot of them were surprised how quickly I moved underwater with no fins.”

Maddison said the course put a lot of focus on duty of care.

“It’s about understanding the different environments, the waters here have their own challenges,” she said.

“I had to refine the course to suit the conditions.”

Maddison said there was a practical study component which took three to four hours per session.

“I was impressed with everyone’s commitment and willing to learn.”

Maddison said with the likelihood of new rules being developed for marine tourism in the Cook Islands in the near future, it was important that tour operators knew how to look after the marine environment.

“You’re so privileged to have this environment here,” Maddison said.

The Ministry’s secretary Pamela Maru confirmed its intention to Cook Islands News, saying: “There has been an increase in marine tourism related activities, both through established businesses or recreational and opportunistic activities.”

“This has given rise to concerns from the public about issues such as animal welfare, health and safety of operators and tourists, and beach access,” Maru said.

“As such we need to work with relevant stakeholders to work through these issues and identify suitable responses, where needed.”

Meanwhile Maddison said she would likely return to the Cook Islands soon.

“Some of those who completed this course want to upskill themselves, and also help train others,” she said.