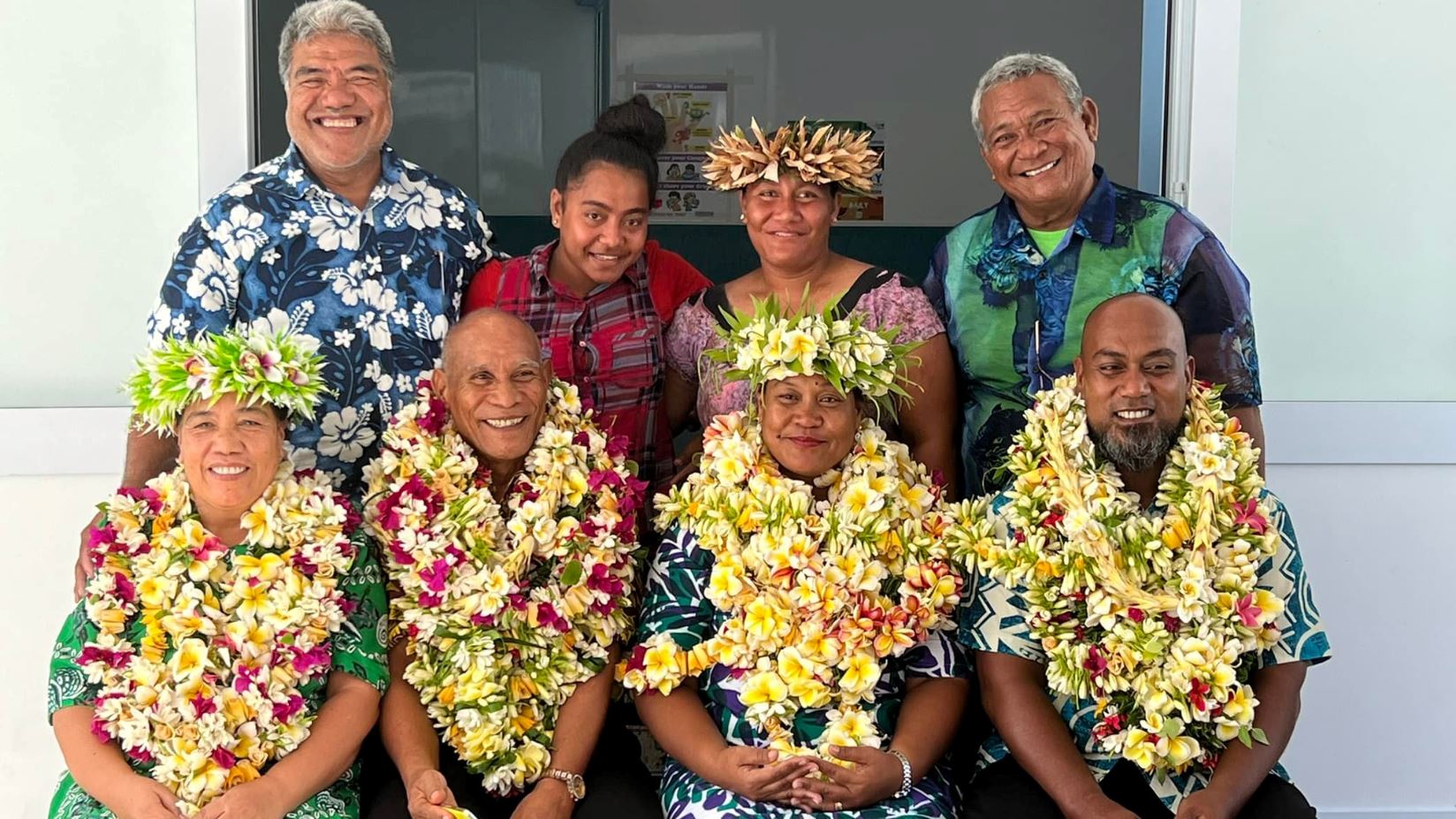 Kiribati residents on the island of Pukapuka – Toakarawa Kabuta, Karanga Ukeria-Taoroba and Toaki Taoroba – are proud to have been officially sworn in as Cook Islands Permanent Residents (PR) via a Zoom session on Thursday.

Although the recipients have yet to receive their official PR certificates (which will be presented at a later function), the three read the “Oath” to the Queen’s Representative Sir Tom Marsters in Rarotonga during a Zoom call from the Pukapuka hospital.

Most of the residents on the island were visiting other motu at the time of the event, however, Pukapuka’s Member of Parliament Tingika Elikana, mayor Levi Walewaoa and some families were present to witness the occasion.

For many years, Pukapuka/Nassau have maintained close ties to the people of Kiribati. Karanga Taoroba and Toakarawa Kabuta are both teachers at Niua School and Toaki Taoroba is married to Karanga.

Recipients from Pukapuka (3), Palmerston (2), Mangaia (1) and Aitutaki (1) all recited the Oath in Thursday’s ceremony, the connection made possible through each Island’s respective Island administration offices, a statement from the Ministry of Foreign Affairs and Immigration said.

Ministry of Foreign Affairs and Immigration (MFAI) immigration officer Phillip Metuariki, who together with compliance and office manager Chere Arthur have led liaison with applicants and recipients of PR over recent weeks, said, “You could almost feel the excitement and emotions come through the screen!”.

Thursday’s ceremony, presided over by the Queen’s Representative commenced with a prayer from Papa Manila from Pukapuka, a welcome address by MFAI’s principal immigration officer Kairangi Samuela after which each of the recipients were invited to recite the Oath.

Sir Tom Marsters in his address and congratulations to the recipients acknowledged the honour and privilege that came with being bestowed with PR noting this was also acknowledgement of each recipients’ contributions to the respective Pa Enua.

One of the recipients, a citizen of Kiribati, Karanga Ukeria, has been teaching on the island of Pukapuka for the last 15 years. All email correspondence from Ukeria to MFAI had been written in the Pukapukan language.

Samuela said: “Fluency in the Pukapukan language is affirmation of immersion in Pukapuka culture and custom – it was a real pleasure to experience.”

The names of those granted PR can be found on the MFAI website at https://mfai.gov.ck/immigration.