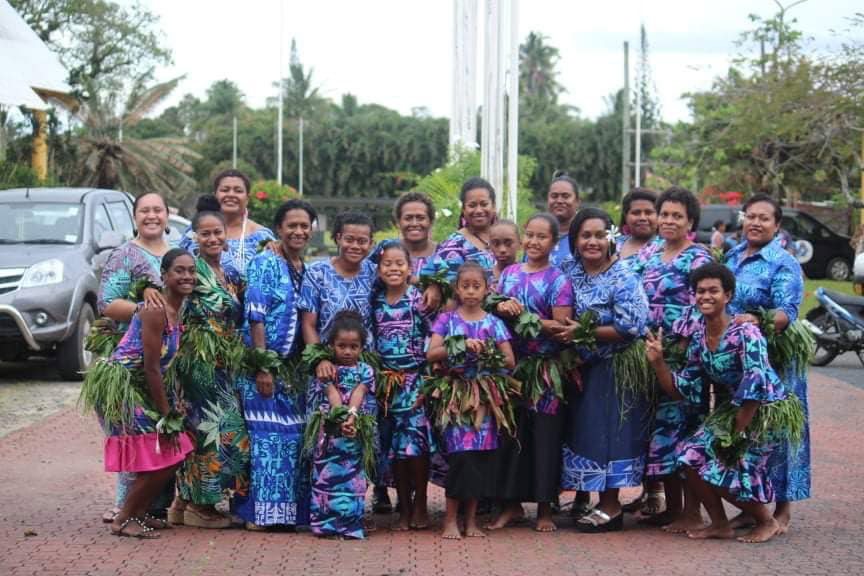 The Fijian community of Rarotonga came together over the weekend to celebrate Fiji Day, making the country’s 51st anniversary of independence on Sunday.

A sports fun day was held at the Avatiu field on Saturday where the Fijian community came to take part in activities including volleyball, egg and spoon races, sack races, tin can stacking competition (pani), and donut on a string challenge.

Celebrations continued the next day with an official thanksgiving service at the National Auditorium, attended by Prime Minister Mark Brown and other distinguished guests.

The service flowed with a mix of speeches, prayers and sermons, with hymns sung by all those present in the crowd to fill up the spaces between each speaker.

The Prime Minister and George “Maggie” Angene, the Minister for Culture, Corrective Services, and the House of Ariki, were the guest speakers of the day.

The speeches were followed by the cutting of the cake, an acknowledgement speech by Ana Mataitini, the president of the Fijian Association, and a prayer for the kaikai.

Mataitini expressed her gratitude further as the night wrapped up, thanking the Ministry of Culture for allowing the use of the Domes for the ceremony.

“Thank you to all our friends who were here today, without you we wouldn’t have had such an awesome evening. Thank you for your contributions and your love, and just a big thank you to everyone who participated in this year’s 2021 Fiji Celebrations,” she said.

Fiji was officially granted independence on October 10, 1970, after 96 years of British colonial rule. Volleyball, an all time favourite amongst the Fijian community, was a highlight activity on Saturday at the Avatiu field. SALOTE LOKI/21101103 Tin can stacking competition (known as pani in Fiji), with the later aim of knocking the tins over with a tennis ball proved to be one of the most amusing activities. SALOTE LOKI/21101104