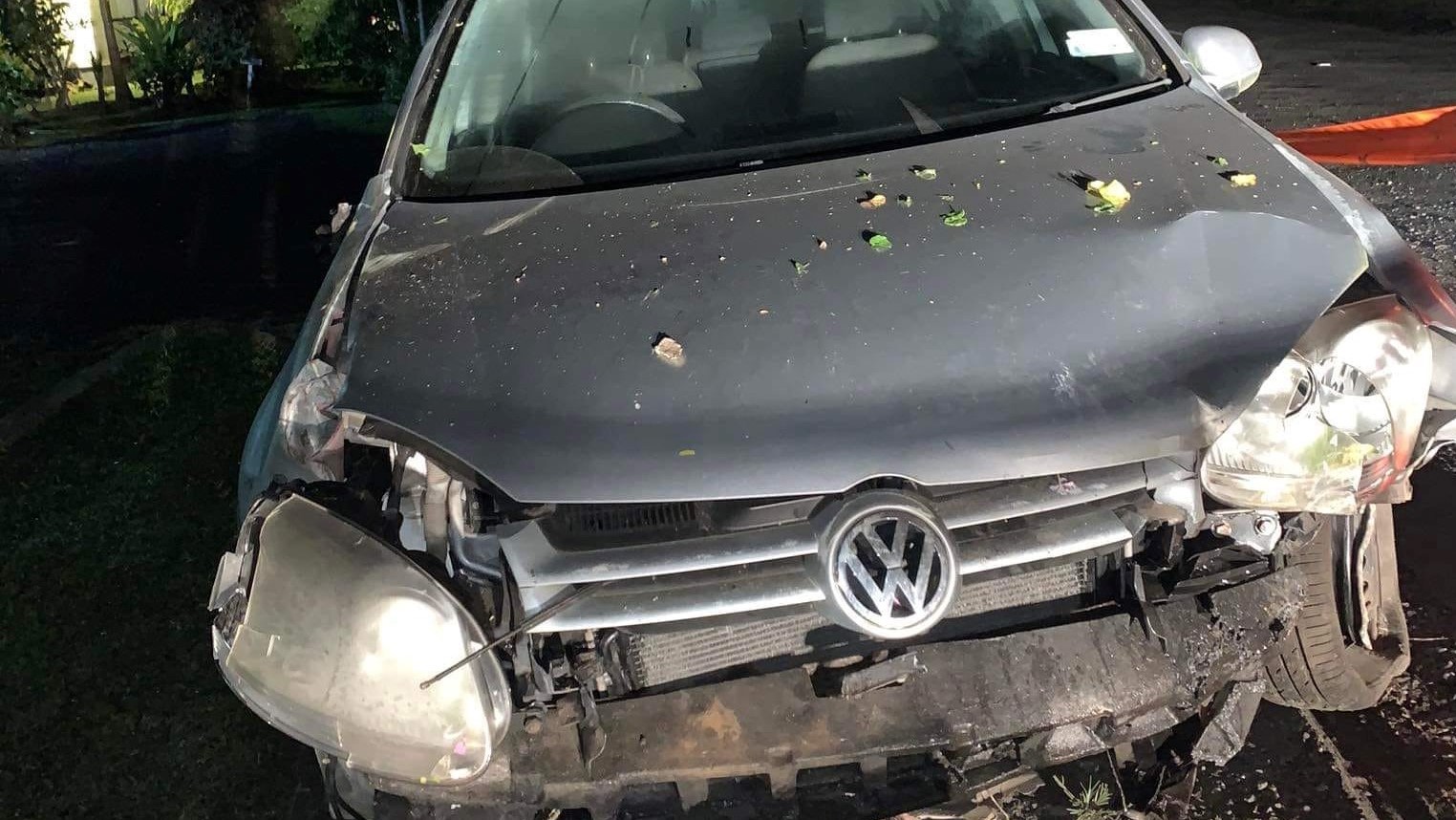 A suspected alcohol related crash in Titikaveka in May. POLICE MEDIA/22071107

Police processed 24 arrests in June with the majority relating to driving offences from Rarotonga residents.

Police spokesperson Trevor Pitt said he could not recall the last time such a high amount of monthly arrests were made.

Out of the 24 arrests, 16 were driving offences and 13 were for drunk driving.

“Apart from the driving, there were assaults, willful damage, drunkenness, contempt, and a bench warrant. Tourists are the minority when it comes to offending.

“The volume of traffic is the concern as driving habits are not adjusting to the conditions or the refraining from alcohol.”

Pitt said motor vehicle crashes were also on the rise. He said police continued to “crack down” on driving and vehicle compliance.

“In the first six months of 2022, there were 82 reported road crashes – easily surpassing the 66 reported in the same period last year.

“The monthly figure was 16, in June with the leading causes all revolving around poor and inconsiderate driving, and carelessness.”

However, Pitt said there was a drop in minor infringement notices to drivers.

“A possible indication of improved vehicle compliance on the road."