Tuesday 19 May 2020 | Written by Melina Etches | Published in Local 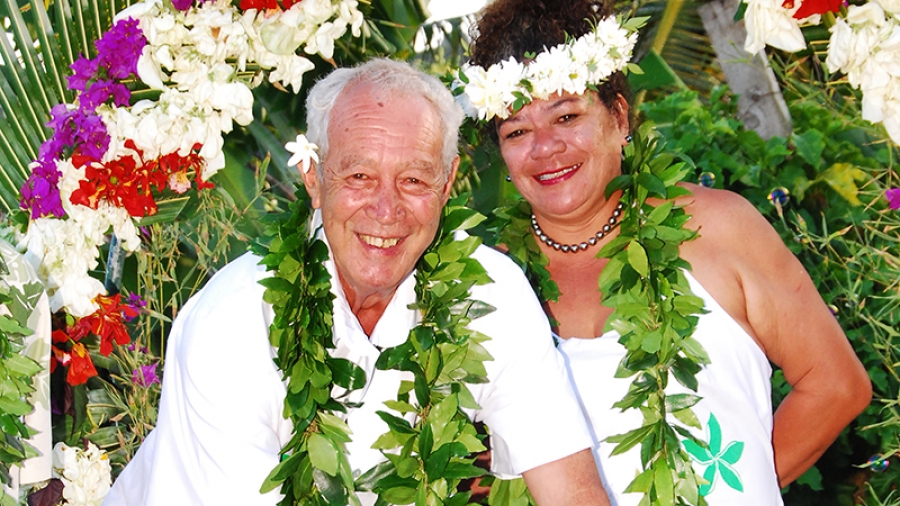 Ngapoko Ben Goldie’s life will be celebrated at the Game Fishing Club this afternoon.

You could hear her piercing voice; before you even saw her.

Fierce, loud, loyal and generous to her friends, Ngapoko Ben Goldie passed away after a brave battle with cancer, in hospital on the island of Aitutaki.

She died on Mother’s Day, nine days shy of turning 65. A memorial for her will be held at the Game Fishing Club, today at 4pm.

Also known as Miss Ben, Neb or Aunty Ngapoko, she had a unique character and was an intensely trustworthy and steadfast friend.

* Cook Islanders around the world anxious to return

* Tourism operator was trying to ‘calm down’ senile mum

* Diversify – but ‘not overnight’

A passionate fisher, she was one of the first women members of the Cook Islands Game Fishing Club, and always took part in the competitions.

If there was a disagreement, one would have to be prepared for a no holds barred conversation; but after there would be hugs and her usual call out: “I’m leaving”.

Ngapoko was born in the village of Titikaveka on 19 May 1955, the seventh of 12 children born to her father, Te Ariki Akauruuruia o Makea Tinirau better known as “King” and her mother, Tauira Tai Monga.

At 21 years of age, Ngapoko joined the Cook Islands Police department, where she met the late Papa Goldie Goldie, also a cop, who many years later became her husband.

She resigned from the force and joined the Post Office; and is an original staff member when the local banks merged to become the Bank of the Cook Islands on July 1, 2001.

On August 5, 2009, she was awarded recognition for 28 years of continuous service to both banks.

A keen golfer, bowler and fisher, she was a member of the Golden Oldies Rugby Diplomats, travelling with the team all over the world.

A master chicken curry chef, she would cook pots of hot (20 chillies) curry, and tiopu (stews) for the top floor staff and the various functions.

In March 2019, she took leave of absence for medical treatment in Auckland hospital. Due to the devastating results, she retired in August.

Ngapoko moved to Aitutaki, where she wanted to live out her last days near her beloved husband. Goldie Goldie had passed away on December 11, 2016, and she had laid him to rest at their home in Amuri, Aitutaki as he wished.

Last month, Ngapoko told friends she would probably miss the Goldie Goldie memorial fishing event, preferring to be in Aitutaki for his birthday on August 4.

She didn’t make it.

Although it was known she was ill, news of her passing was a shock to those who knew her.

She was laid to rest beside her sweetheart Papa Goldie, that Sunday afternoon.

A TRIBUTE FROM TANYA SAVAGE

Your departure really threw me off guard, and I’m am still finding it difficult to accept. You were such an awesome, loyal, trustworthy, very vocal, one-of-a-kind best friend. I was the goat and you were definitely a bull. Amazingly we gelled.

Thank you for asking me to be your maid of honour, it was such a privilege and blessing; even the late JK (Uncle John) was chuffed to be the celebrant.

I will treasure all our fond memories. Thank you for introducing me to VB and naming your cat Etene (translation of Savage in Maori).

I learned of her passing in the early morning. With waves of tears, shock, and guilt I had not been by her side, I was immediately struck by how poetic it is that she died on Mother’s Day.

Ngapoko never had biological children of her own but so many considered her their mum.

Their home and their hearts were open to everyone, there was nothing better than Sundays at their place.

For me, she was one of my closest friends, our bond and with Goldie is one of the strongest of my life; they were the best kind of friends, those that become family.

You cannot think of her without thinking of her loud voice, tough demeanor, and strong character.

You also cannot think of her without thinking of her kindness, her humility, her generosity and her loyalty to those she loved.

Ngapoko would literally give you the shirt off of her back - I saw that happen many times.

She was a woman of substance, she enjoyed her life and shared whatever she had with others.

She gave the best most sincere hugs, I will miss those most of all. I know you are at peace, love Jenna.