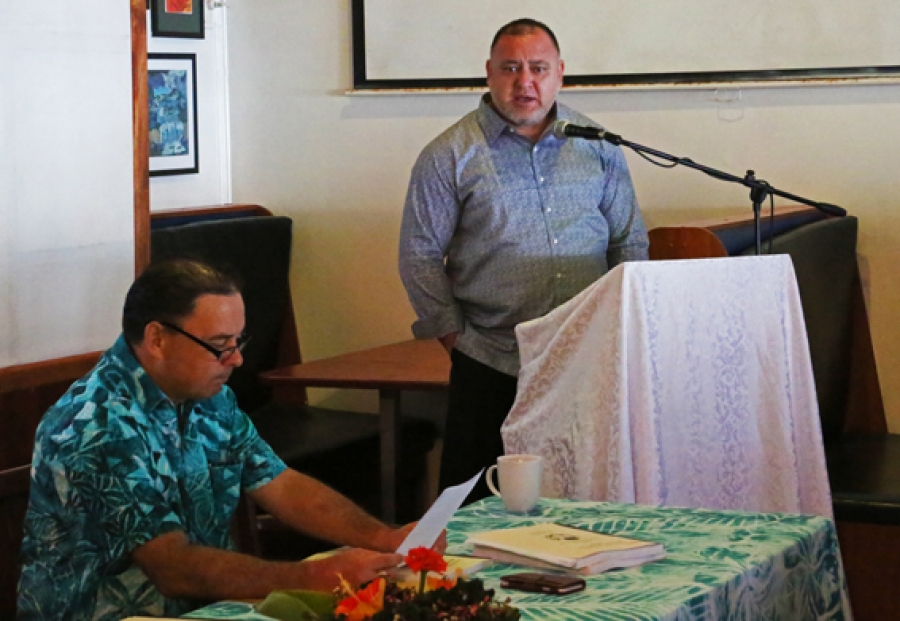 Financial Secretary Garth Henderson has asked people interested in having an input into future Budget considerations to not be “keyboard warriors” on Facebook, but face-to-face participants when the government asks for their opinions.

Henderson was responding to a question in which it was stated the private sector was having less opportunity to make its views known to the Budget committee because there was no longer a business representative on it.

“What I’m asking is that the government look at the process and reverse the trend we are observing at the moment,” the person said.

Henderson said: “That’s an interesting observation, but at this time in our parliament we are pumping out policy all the time.

“There are a lot of policy gaps in the past that we are filling now. We have got policy people working on it we are having more public consultations.

“The issue is consultations are not effective and people are not turning up to meetings.

“The right time to make your point is during policy designed consultation.

“On Facebook, I see the keyboard warriors talking about policy issues and that’s not the appropriate place.

“When we try to set up meetings, you should come there and have your input there. So when we move into Budget policy process, the policy that’s reflected is the input of society.

“That’s the way we want to go to because we had a short meeting with the private sector at the initial stages of the Budget process.

“Some individuals raised some concerns there ... but again engage at the right time then we can make sure your input is reflected in the Budget policy