Tivaivai innovator calls it a day 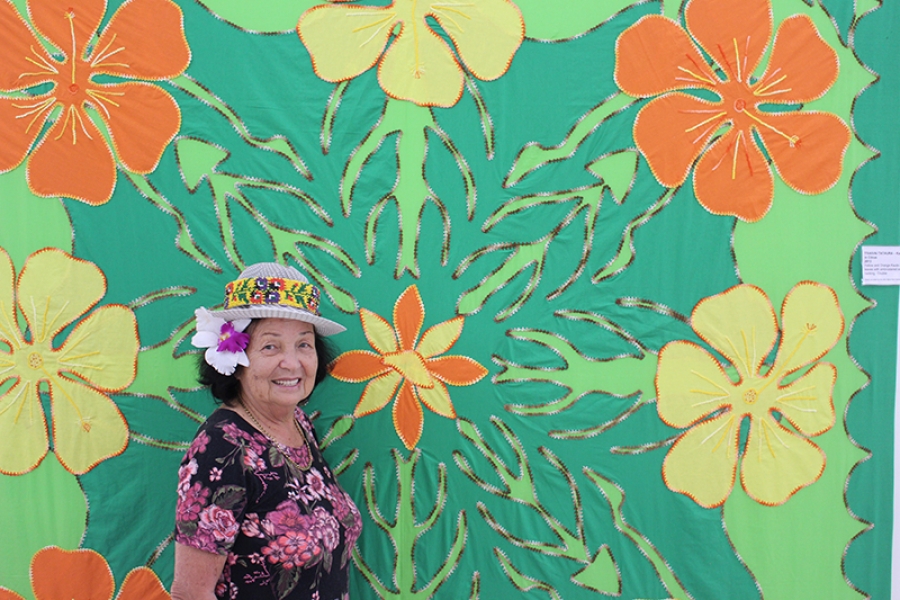 Even after 40 years of sewing, Maria Keri Edgar (nee Herman), 79, has been coming up with innovative new ideas for her tivaivai.

And, now that she is even receiving international attention, she is retiring at the peak of her artistic career.

She has recently been “discovered” by a visiting South African couple who were very taken with one of her stunning displays at the National Museum’s tivaivai exhibition.

It also comes with a paevai, a creative outer frame around the floral design that enhances its overall presentation.

Miguel also says Edgar is also probably the first artist to use black as a background for another one of her tivaivai, on display. Edgar says she used black as she hadn’t seen it anywhere else before, and it makes a very striking contrast for the leaf colours.

Miguel says it has received a lot of attention from visitors to the exhibition, as well as from older tivaivai sewers who have not seen the style before.

“You may see it (black) sometimes on top in places, but not as a background.”

In a novel approach, the work was also crocheted instead of embroidered.

Edgar’s last Manu style tivaivai on display has a sheer transparent look that shimmers in the light, with delicate tissue like fabric.

De Love says Edgar’s work reflects her personality as someone who enjoys a challenge. She also uses new ideas, and is very trendy.

Edgars earliest tivaivai memories come from when as a young child, on Aitutaki, she matched and counted square pieces for her mother’s tivaivai and strung them in order for sewing. She is now happy to retire from her craft with lots of happy memories of the many hours she spent creating her own masterpieces.

You can still see Mama Edgar’s work and that of many other artists, on display at the National museum until September 26.