Tamariki lead the way in year of celebration 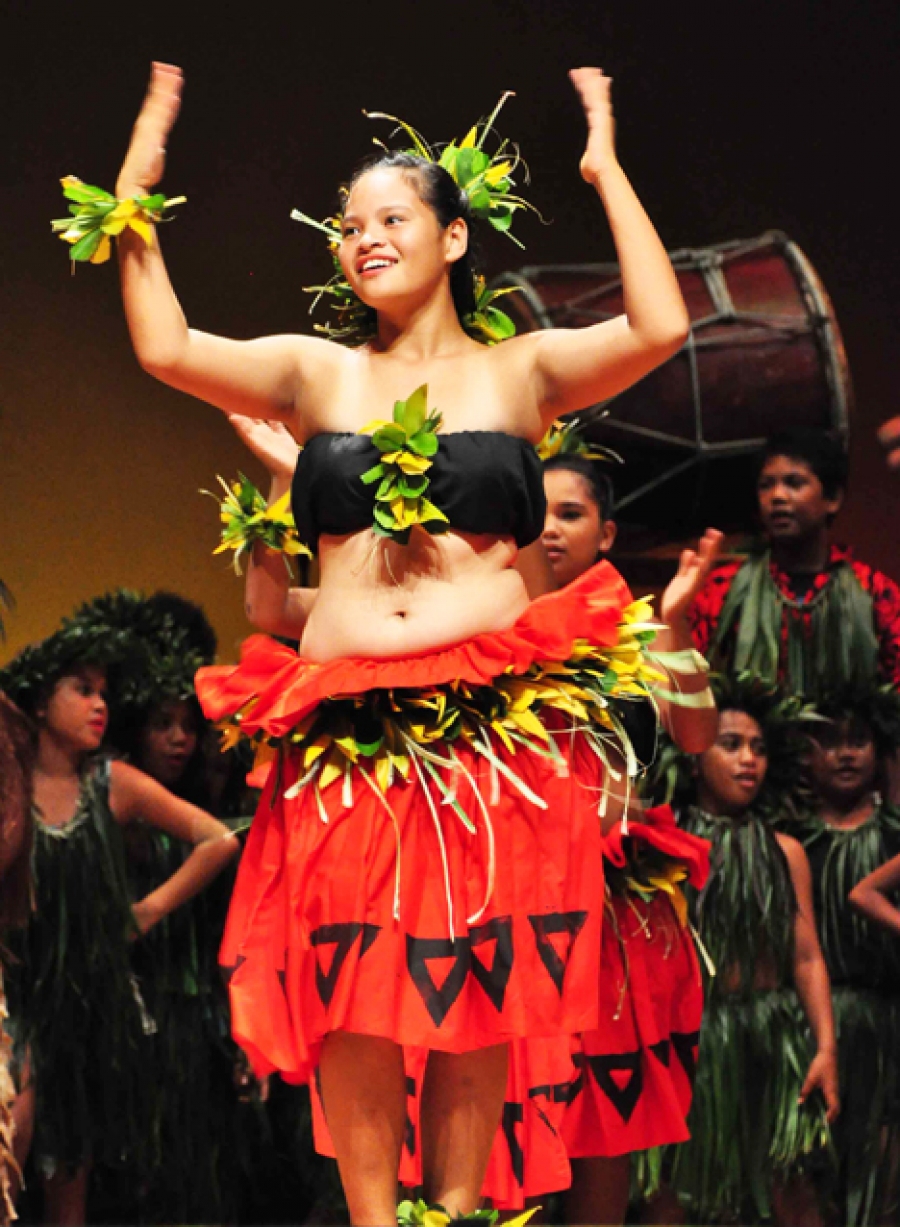 Senior Arorangi School students put in a graceful performance for their show that saw the entire school come out on the stage at the end.

A month or more of dance practices for Rarotonga students resulted in an explosion of colour and song at the National Auditorium on Tuesday for the first of two nights of the schools cultural festival.

The shows, performed in front of a packed-out auditorium, marked the start of what will be a pride-filled cultural celebration of the nation’s 50th year of self-governance.

With the future leaders of the nation leading the charge on stage and clearly enjoying their culture, it’s plain to see that the future of the country and culture of the Cook Islands is in safe hands.

And like any good birthday celebration, cake and balloons were on hand as Apii Avarua opened up Tuesday night’s show with the national anthem, birthday song and a cake.

National pride, school pride and strong religious messages were all part of the night’s show as tamariki from six school teams took to the stage in full voice.

The capacity crowd showed their appreciation for each performance with deafening cheers and roaring applause.

Takitumu school, Titikaveka College and Imanuela Akatemia set the bar high as the first teams on stage,with their graceful dancing and beautiful costumes matched by the following schools.

Apii Arorangi and Apii Nikao were out in full force, with both school teams taking up the entire auditorium stage.

The show was an opportunity for the two schools, which accommodate students of three schools, to show their individual school pride.

The babes were without a doubt the stars of the night, with Early Childhood Education students from both schools making the most of their time in the spotlight with cute jiggles and laughs while some of the tamariki showed their natural gift and talent for Cook Islands cultural dancing.

Apii Nikao also used the stage to showcase their resilience in coping with the loss of Avatea School classrooms to an arson attack, then the demolition of both Avatea and Nikao. They showed a strong united front while asking for a combined effort to move the school to a brighter future.

Catholic students of St Joseph’s Primary School were a delight on stage, reminding the audience of the importance of Easter.

There was anticipation and excitement in the air as national school Tereora College was introduced to the stage, and the large team did not disappoint.

Backed by a strong team of musicians, the college put on a spectacular show that had the crowds swinging and swaying in their seats.

Master of ceremonies for the evening Papatua Papatua, an expert on Cook Islands culture, commented during the night that the shows and items performed by the students were ‘top quality’ and set the bar for the main Te Maeva Nui celebrations in July/August.

Another night of cultural shows was held last night with more school and cultural pride on stage.