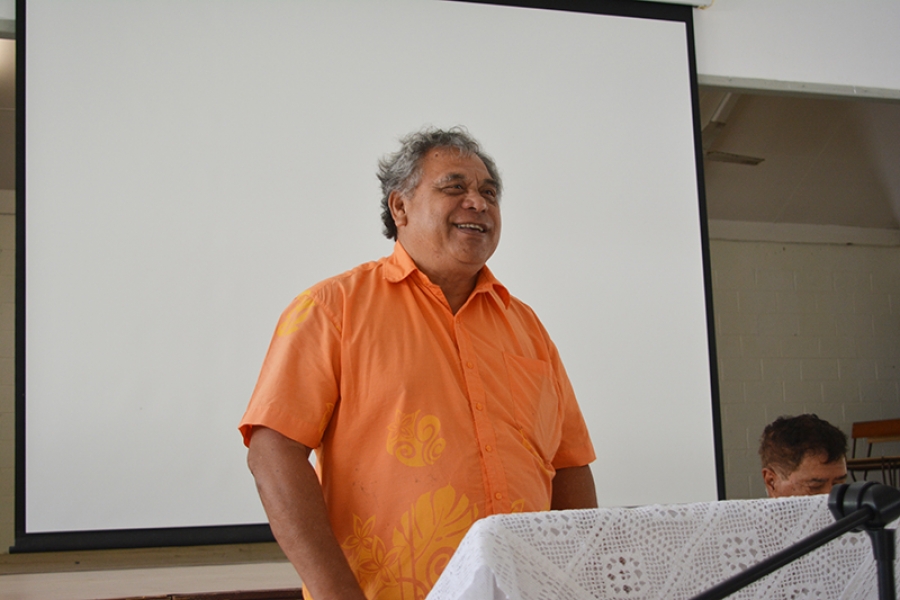 Cook Islands Tours owner Temu Okotai looks forward to the day when retirement home units will be available in Rarotonga. 18021902

A working committee consisting of three ministries will create a proposal to Cabinet on the viability of retirement homes on Rarotonga.

Cook Islands Tours owner Temu Okotai said during last week’s Grey Power meeting that Cabinet supports the proposal in principle, but requires factual informational to give it the go ahead.

“They want to know about the land, the structure that would be set up, and they would need to know the cost too,” Okotai said.

Having made the application through internal affairs, Cabinet also suggested the involvement of finance and health to facilitate the process.

The initial idea, Okotai said, came about four years ago, when internal affairs conducted a survey of the older generation in the Cook Islands about the demand for the retirement homes.

Overwhelming, the response was that the situation at the time, which still holds true today, was that the only option was to go to the hospital, which was inadequately equipped to provide for their needs.

“The hospital has never been set up for that job, but unfortunately there are people there with no choice but to go there, and the hospital has to look after them,” Okotai explained.

The survey estimated that around 40 rest home units would likely be required to cater for those in need.

Okotai first became aware of the issue when he heard about the discussions between Pa Ariki and doctor Teariki Noovao.

Dr Noovao was asking for land, so that they would have a place to begin building the facilities, which Pa Ariki subsequently provided on the Ngatangiia backroad.

“I wanted to support this once I heard, for personal reasons. In the last five years before my mother passed on, she needed 24/7 care from our family,” Okotai said.

“Despite the care I was never satisfied, because we didn’t have the skill or time to adequately provide for her. It’s not enough

“The idea that the family should look after the elderly is gone, and I believe that we should be looking at a facility like this.”

Demand has exploded since Cook Islanders in New Zealand and Australia heard about the idea, and have been on Pa Ariki’s case about getting it up and going.

“Most want to come home and live out their last days, and so now the pressure is growing, because we’ve shown that the demand is there.”

Okotai hopes that the government do come to the table, because that will encourage the banks and other potential investors to come on board.

Funding would be crucial, as the aim is to design them like a facility in New Zealand, where medical and recreational services, among others, would be included.

With government having only supported the proposal very recently, the timeline as to when it will be completed is unclear, although Okotai is holding out hope for it to be completed in under four years.

“There is still a lot of groundwork to be done, but the numbers of people who need a facility like this are not getting smaller.

“Time is of the essence, and we hope to have a clearer timeline later in the year.”