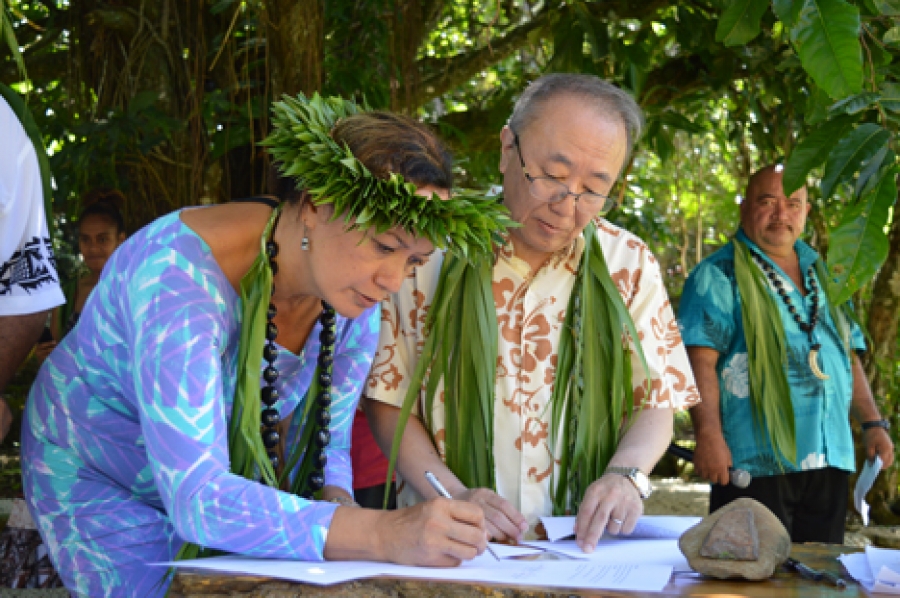 Vaka Puaikura has celebrated the opening of a new learning centre dedicated to the preservation of Cook Islands cultural heritage.

Funded by the government of Japan to the tune of $146,905, the centre has been a long-time vision for Highland Paradise managing director Teuira Pirangi.

The opening of the new learning centre, located in the heart of the cultural village, was attended by traditional, religious and political leaders. The Japanese Government was represented by Japanese ambassador Yasuaki Nogawa. Today we share more images from the special opening ceremony, held on Tuesday and attended by more than 100 people.