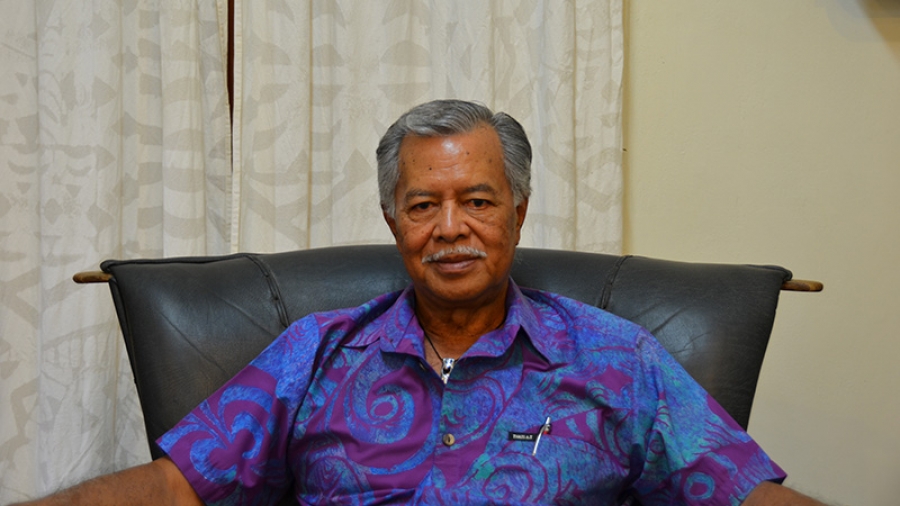 Henry Puna calls for public safety to be placed ahead of personal convenience. 20060414

Henry Puna says he has seen too many lives lost on the roads, to sit by and do nothing.

The Prime Minister has spoken out about the new law making helmets mandatory, ahead of today’s second motorbike rally by opponents.

He acknowledges their beliefs but expresses “disappointment” that they would choose to protest against safety initiatives.

The rallies come at the same time that millions of peoples have been joining Black Lives Matter protests, elsewhere in the world.

Here, Puna said the protests were about “personal convenience,” ahead of safety.

“For me it’s sad that we must be the only country in the world, that we are opposing a public safety measure,” he said.

Government would “stand firm on their commitment to this measure,” Puna said.

He acknowledged that for some families the cost of buying helmets would be a burden – and said government would be prepared to help genuinely needy families, “in order to protect our people”.

The second protest starts at midday at the Constitution Park grounds in town; organisers hope to match or exceed the estimated 200 people who attended last week.

“It’s their beliefs and their opinions, it’s our democracy and we respect that,” said Puna.

“If there was a particular reason why people are protesting, perhaps there may be room for some discussion with them about a possible resolution.”

But he felt the rallies were largely about protesters individual convenience, “when you balance personal convenience against safety on the roads.”

“I’ve seen enough people killed on our roads, to not do anything,” he said.

Twenty-six people have died on the roads in the past five years, an even spread from age 14 to 50-plus. All but one of the deaths were on motorbikes, and none of them was wearing a secured helmet.

“I really don’t want any more deaths under my watch as Prime Minister.”

Puna said when the nation confronted the Covid-19 challenge, people took the attitude that “we’re all in this together.” He would like people to adopt the same attitude to this important public safety measure.

He argued it would be difficult for the younger generation to observe the helmet law, if they saw older people on the roads without a helmet.

“Being a role model to the younger ones is really important… we have a role to play, to inspire, to educate and to be a role model to our kids; this is a public safety issue.

“I plead with people who are opposing it to please consider that, were all in this together, and we must pull together; to think otherwise would be to think about one’s convenience.”