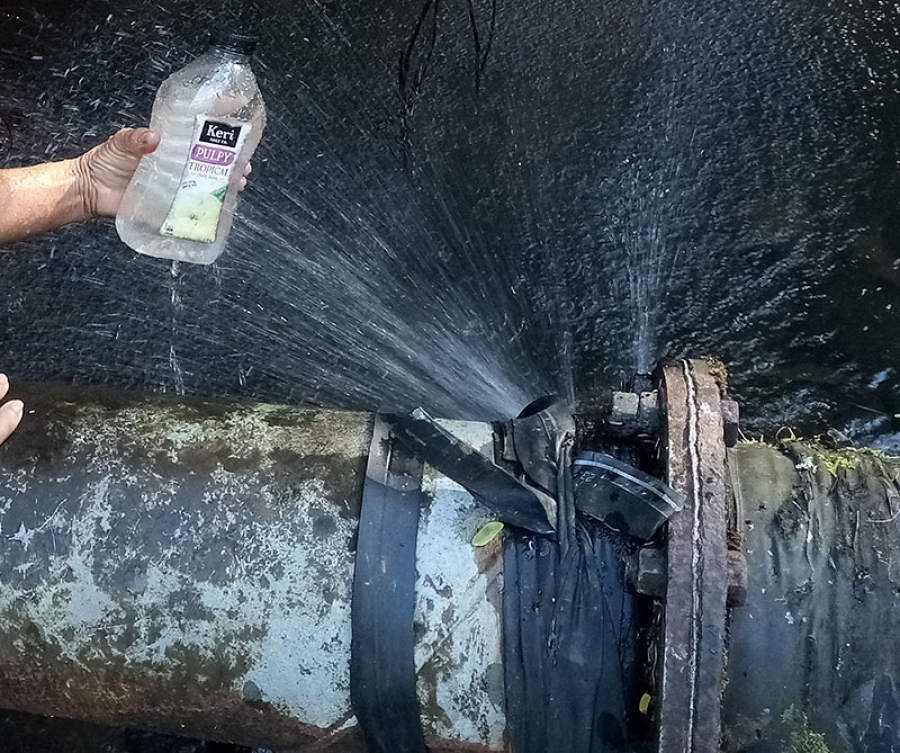 A large high-pressure water pipe has burst at the Turangi intake road and is being held together by tyre tubes to limit the spill.

With the shortage of water issue experienced on the island, a concerned neighbour was upset at the poor effort to fix the problem.

“It's been like this for at least two months, during this time of drought,” she said. “We can't underestimate the volume of water lost from leaking pipes or taps especially on agriculture sites.”

She filled up a 1 litre bottle from the gush in less than 13 seconds, she said. Yet she had seen water project workers and bosses drive past the burst pipe most days.

“When I asked if they are fixing it, they said it will be replaced by the new pipe on the other side.”

Due to the lack of rain, six of the island’s 12 water intake levels are running low, and three are approaching critical.

To Tatou Vai has advised residents in Takuvaine, Avatiu, Nikao and people on higher ground on Rarotonga, located away from the back roads in particular are more likely to experience low water pressure and to conserve water at this time.

The Meteorological Service issued figures this week showing there was just 16.9mm of rain in June. On six days, there was measurable rain.