Passion the secret of success: Henry 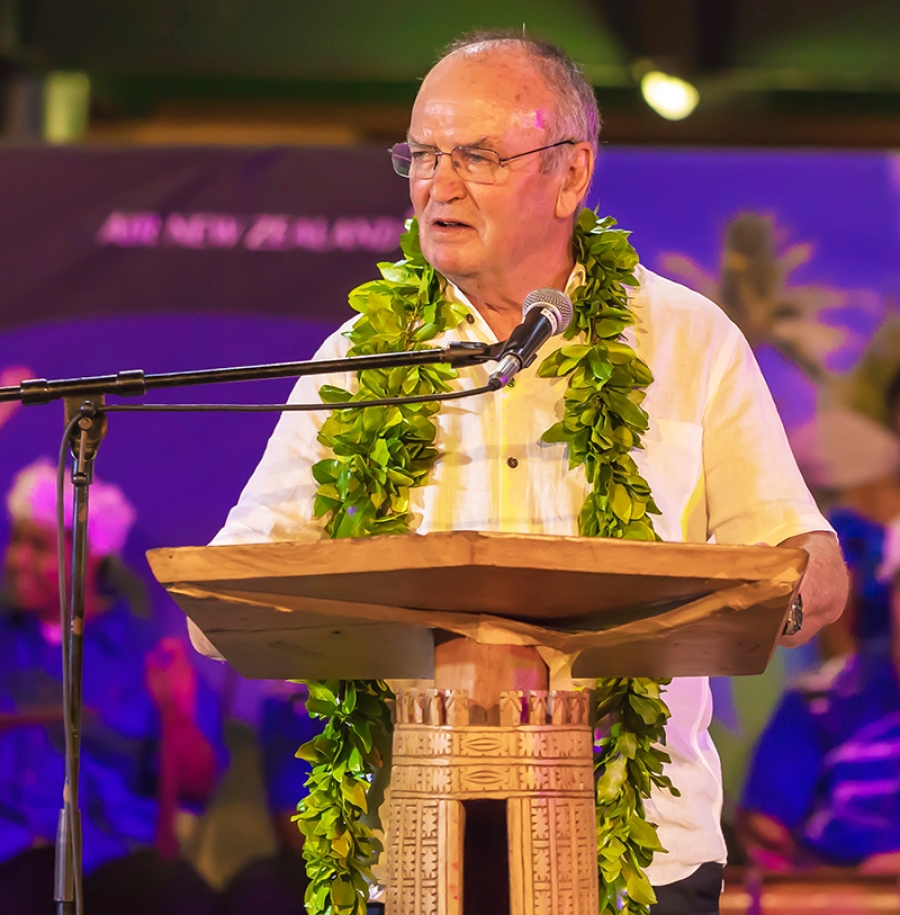 Rugby World Cup-winning coach Sir Graham Henry is a man who knows something about success and at the Air New Zealand Cook Islands Tourism awards on Friday night, he spoke about it from his perspective as the former All Blacks coach.

To Henry, the secrets of success simply boils down to passion – a collective and individual passion that borders on obsession. “When you’re passionate about something, it gets you over the little hurdles that you find in your way, because you’re so determined to achieve your goals,” Henry said, as the rain came down outside the National Auditorium. Henry spoke about the need to surround oneself with good mentors and people of strong culture. As examples from his days with the All Blacks he highlighted former captain Richie McCaw (“the most brilliant individual I’ve ever had anything to do with”), former assistant Wayne Smith (“probably the best coach in the game”), and mental skills coach, Cook Islander Gilbert Enoka (“the backbone of the All Blacks”)

However, Henry says he was a very different coach at the end of his tenure than he was at the beginning. Initially, he looked to create the team culture around him, rather than around the players, but soon built a 13-strong leadership group of players and management that strived to be the greatest of all time. Integral to the unprecedented success that the All Blacks built was the team’s strong culture, aided by Enoka, who hails from Rarotonga.

“Culture for me is asset of behaviours that achieve a purpose. Ours was being humble, and that you could always get better,” Henry says.

“You can feel that drive of self-improvement. We were solution focused and not about making excuses for not being ‘the greatest of all time’. We would always look to improve.”

The team also learned from adversity, particularly the 2007 Rugby World Cup, when the All Blacks suffered their worst-ever result after being knocked out in the quarter-finals to France.

Henry says the team was unable to handle the pressure of the officials, jokingly saying that he would not elaborate on that, but the loss spurred changes that have seen the All Blacks collect two World Cups and one best sports team in the world award in the past seven years.

“In finalising, I think it’s really about passion, having an obsession to be the best you can be and never having any excuses.

“Always look for a better way, and constantly, ask, is this the best we can do?”