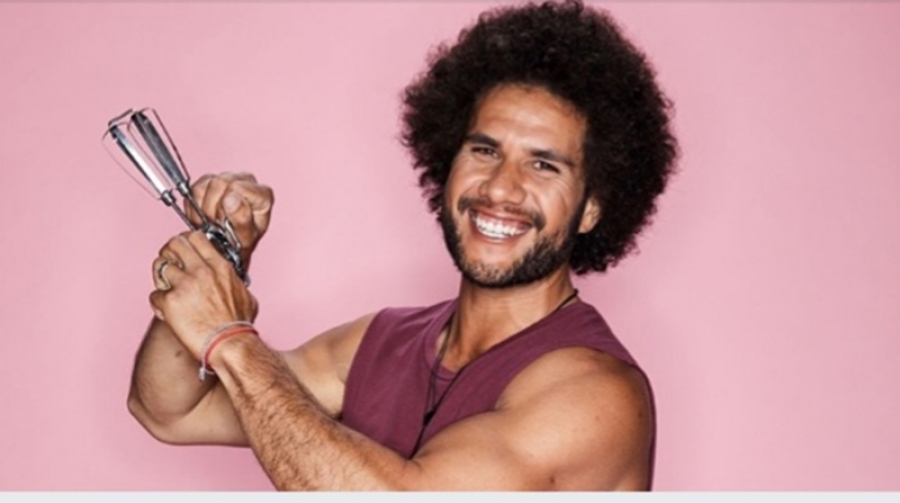 So the 36-year-old has had to change up the recipe big time to become a star of a cooking reality show – and nobody could be more surprised than his mum.

Rasmussen’s mother Georgina told Cook Islands News her son was always interested in cooking but it was nothing fancy.

He never told them he was entering a reality show.

The family did not know about his participation in the Australian Zumbo’s Just Desserts competition, until they saw it on Facebook.

“He is a concrete worker,” she said. “He is very hardworking and we are looking forward to seeing him this Christmas with his big brother.”

Rasmussen hadn’t been knocked out of the competition yet, she said, and they were excited for him.

According to the Seven Network broadcaster, the concreter would probably be the last person one would expect to be a keen dessert maker.

The father-of-three from Hervey Bay, Queensland, says: “My co-workers think it’s rather amusing that I work on concreting footpaths and laying down pipes every day and then come home and make these fancy desserts.”

You can take the boy out of Raro, but of course, you can’t take Raro out of the boy. In true Cook Islands form, Rasmussen said doughnuts were his favourite desert.

Growing up in Rarotonga, he would enjoy fishing, swimming, playing rugby – and watching his mum bake.

He believes his love for cooking comes from his mother and her Pacific Island heritage.