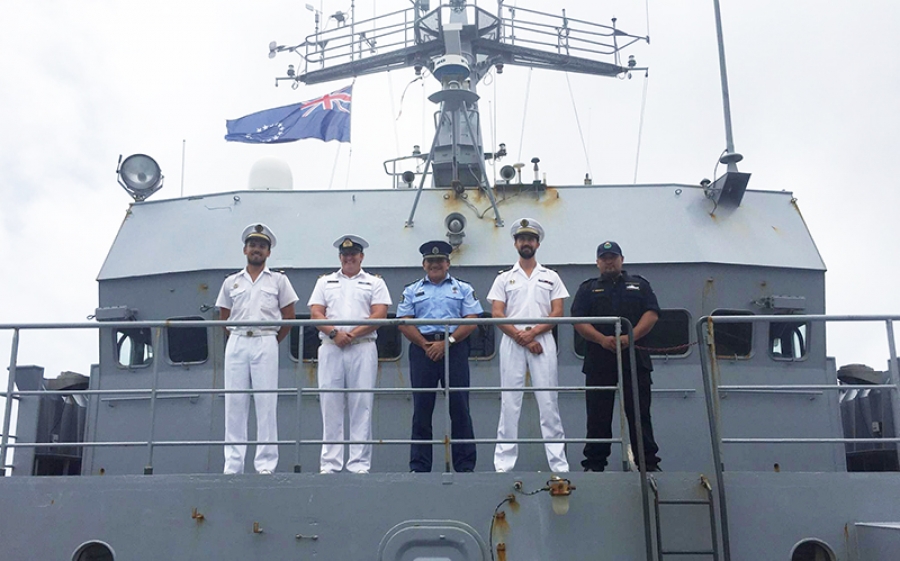 French Navy patrol boat the Arago, and its crew, conducted a courtesy call to Rarotonga this week, demonstrating the strengthening ties and cooperation between the French Navy in French Polynesia and the Cook Islands.

Members of the public were invited on board to check out the ship below and above decks and meet the friendly sailors. Police commissioner Maara Tetava also led a Maritime Police delegation aboard the vessel on Monday.

Swiftness and stealth are two features that make the Arago very successful in combating illegal fishing as well as being a seasoned anti-narcotics and disaster recovery vessel.

He said last year one of their sister patrol boats was involved in an operation off the coast of Tahiti that intercepted a 600kg cocaine haul, worth tens of millions of dollars and involving commercial fishermen. De Gromard says being able to covertly outgun drug trafficker and illegal fishing boats is an exciting part of their job.

When the vessel isn’t chasing international drug smugglers and hunting illegal fishermen, it also makes regular trips around the outer reaches of French Polynesia delivering food and supplies to islands that do not have an airport.

De Gromard says he completed his engineering studies last year and is now volunteering on the patrol boat to gain “real world” experience. He returns to Lyon in three weeks after one year aboard the ship.

The Arago left Rarotonga Wednesday on its 1100 kilometre voyage back to Tahiti.