Tuesday 26 May 2020 | Written by Katrina Tanirau | Published in Local 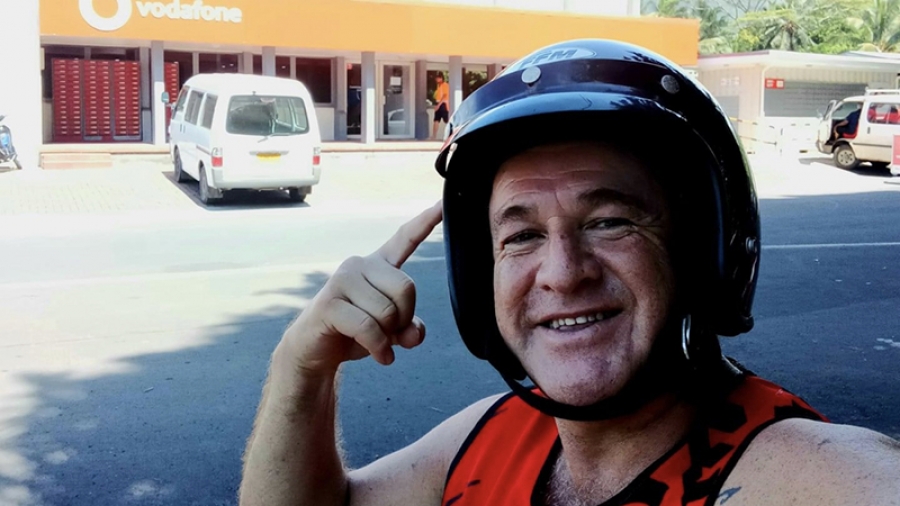 Paul Lynch is supports wearing helmets – He says too many lives have been lost needlessly. 20052503

Paul Lynch is the living proof that it’s not just young drunks and hoons whose lives are saved by helmets.

Paul Lynch knows through personal experience the value of wearing a helmet. One saved his life 12 years ago.

From 2006 to 2009 Paul Lynch worked at Crown Law and rode the office motorbike.

In an example of “practicing what they preached”, if the office bike was used it was compulsory to wear a helmet.

* Jean Mason: All brains, young or old, are vulnerable

* July is goal to reopen border

* Six years and out for expat workers’

The strap on the helmet was a bit loose and he was thrown onto the bitumen and rolled a few times.

“My wife was following me in a car and took me straight to the hospital,” he said.

“I ended up with 26 stitches in my head and feeling very grateful. There is no doubt I would’ve died if I wasn’t wearing a helmet. And that’s with no speed or alcohol involved.”

When his daughter turned 16, there was one rule: “no helmet, no bike”. But she’s now 21 and drives a car and that’s good with him – he knows she is safer.

It’s a sobering thought when you’re faced with a life or death situation, but that is not Lynch’s motivation.

He is pro-helmets for all because he wants to save people from unnecessary grief and suffering.

Too many loved ones have lost their lives on Rarotonga’s roads and left heartbroken families behind to pick up the pieces – 60 people, he said in the past 10 years.

Ten years ago, as a government legislative draftsman, he worked on legislation to make helmets mandatory. But the support wasn’t there and it was never passed.

Now, a new road safety law requiring the compulsory use of helmets by all bike users comes into effect on June 26.

Failure to adhere can result in an instant $250 and helmets must meet international safety standards and can be inspected by police officers.

Lynch said $80 for a helmet is a small price to pay to ensure there are no more deaths on the roads. “It’s sad that the arguments around helmets are still taking place.”