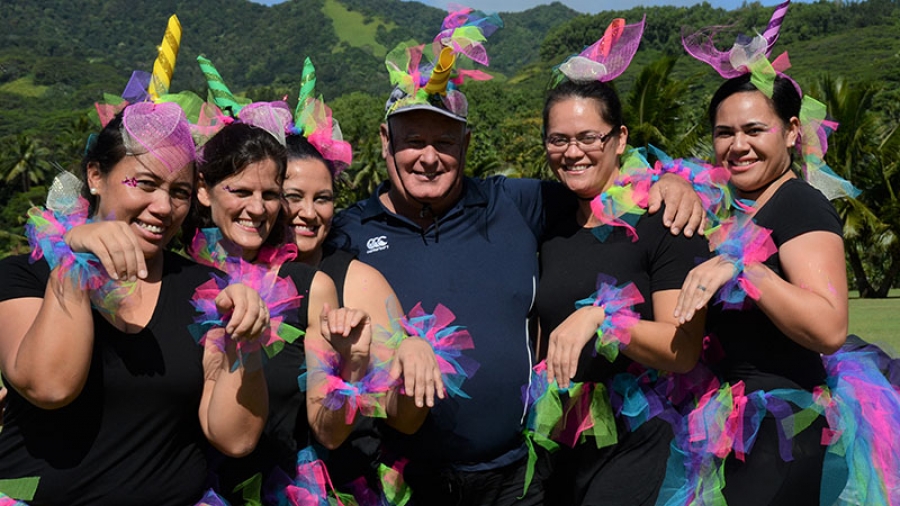 Fifty-three teams of rainbows, unicorns, fairies and other colourful characters hit the course at Rarotonga Golf Club yesterday to show their support for Pride Cook Islands.

Te Tiare now understands that MPs are looking to extend the criminal ban as part of the Crimes Act to include women along with men. “This is a backwards step for our country,” Wichman said.

Recommendations of the select committee reviewing the Crimes Act are expected to go before Parliament in September.

In the critical weeks ahead, Pride Cook Islands will be ramping up their activism and advocacy efforts and are encouraging people to publicly show their support at the Constitution Day on August 4.

“The rainbow community is an accepted part of our nation and this must be demonstrated legally. We are working to break down the barriers that separate us from others by spreading a message of love and acceptance for all,” she said.

“We’ll be exercising our constitutional right to freedom of peaceful assembly and association. Wearing Pride t-shirts and rainbow colours, we want as many people as possible to join us in a respectful expression of solidarity at the early morning event.

“It’s a powerful way to make a positive public statement about visibility, inclusion and the value of diversity when constitutional rights are under threat.”