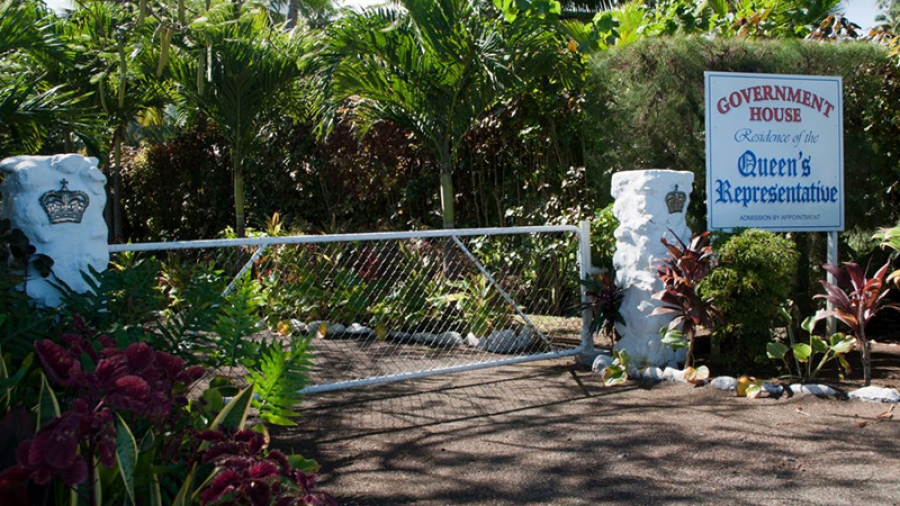 Cook Islands Government House is featured in a new book that brings together a unique group of official residences for the first time.

The book titled “Government Houses: Vice-Regal Residences of the Crown” also explores the relationship between the Royal Family and these Government Houses from the time of Queen Victoria to the present day.

The Government House in Titikaveka is the official residence of the Queen’s Representative Sir Tom Marsters.

Hyland said: “The Cook Islands was a rare exception in that I wasn't able to source images of the interior of the residence unfortunately - but the entrance gate is featured along with information about royal visits to the Cook Islands.”

He described the Government House as a two-storey colonial-style house with covered verandahs and a formal lawn in front of the house.

Government Houses play a central role in the official and ceremonial life of each of these Commonwealth nations and territories, hosting receptions, investitures and formal ceremonies as well as garden parties and charity events, Hyland said.

Due to its remoteness, royal visits to the Cook Islands have been rare, he wrote in the book.

“The main purpose of the trip was for The Queen to open Rarotonga International Airport, en route to New Zealand for the 1974 Commonwealth Games in Christchurch.”

This book is lavishly illustrated with images of these official residences sourced from all over the world by professional and amateur photographers including the author.

Entries for each of the Government Houses provides an overview of its history and architecture; the unique features of the residence; any special events or visitors with particular reference to royal visits or occupants.