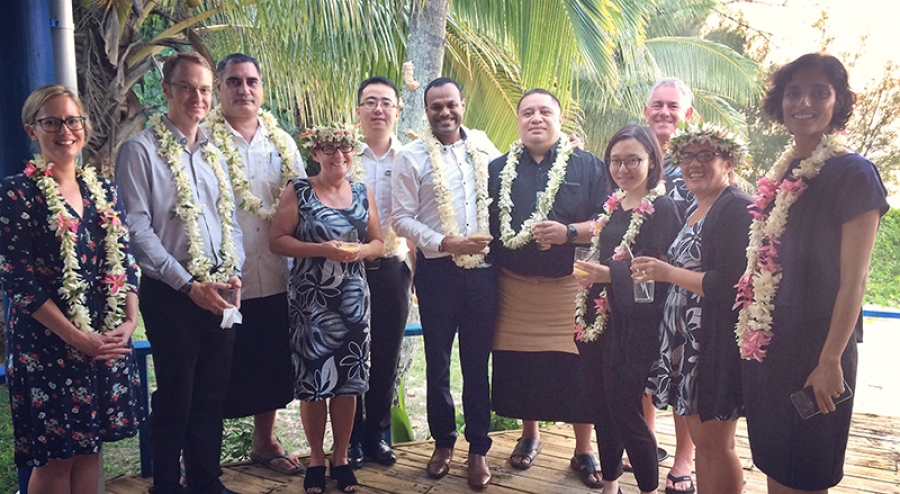 Hunkin says the FSC has previously completed the technical component of the assessment, focusing on the legal framework of the Cook Islands, covering a wide realm of activity. Although the full report has not been finalised, the Cook Islands has done quite well, he says.

“We’re confident that we largely pass against most of those criteria.”

Following improvements to the AML and CFT industry since 2008, and scandals such as the Panama and Paradise Papers, the Financial Supervisory Commission is now measured against a robust system that includes numerous compliance requirements, says Hunkin.

The evaluators are putting under the microscope the FSC’s effectiveness against 11 key areas of compliance.

Hunkin says that’s mainly focused on the legal framework of the Cook Islands to ensure the powers and the legislation are in place to allow the country to effectively manage the AML CFT framework. The team is also looking at whether the unit has effective processes in place to confiscate the proceeds of crime.

“The 11 immediate outcomes almost entirely focused on effectiveness of the jurisdiction - how we actually apply the legislation and that we use it appropriately and effectively.”

This also includes, he says, checking that the FSC understands the risk that the Cook Islands presents from an international perspective.

Hunkin says this is completed under a peer review, by counterparts from other jurisdictions to the Cook Islands who work in similar areas.

The effectiveness criteria, Hunkin says, is challenging for all jurisdictions, but the Cook Islands are well developed and have got “good stories” to tell.

In the following session the evaluators interviewed members of government responsible for law enforcement, customs, taxation, and marine resources, to confirm that the FIU is actually doing what they’ve claimed to have done within the industry.

They will also talk with the reporting institutions, such as banks and trusts in the Cook Islands, says Hunkin.

“It’s an ongoing process held behind closed doors, not open to the public.”

The assessors will analyse the material that they have been provided, and a report will be published in 2018. The end result will be an industry rating for the jurisdiction – from “not effective” through to “highly effective”.

Hunkin is expecting a pass for their efforts.

“We are doing the best we can, and the Cook Islands is in a good position.”

He says the finalised report will also allow government and investors to see what the country does to combat money laundering.