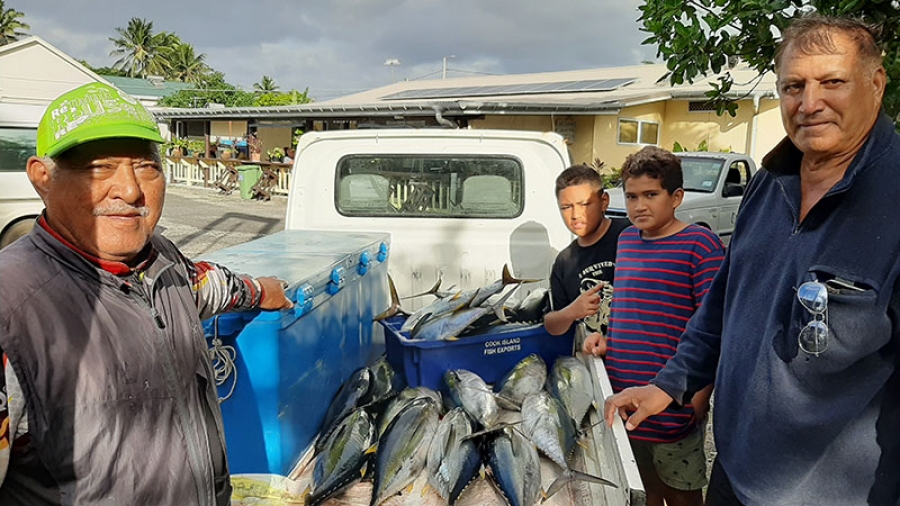 “The fish were really biting on Monday, not like on Saturday and last week, when I only caught a few,” said Marsters.

Except for an albacore, all the fish Marsters landed were yellow fin tuna, 75.5kg on Saturday and 190.6kg on Monday.

* Up for the challenge

Prize giving was held on Monday night with a great turnout of fishermen attending the Cook Islands Fishing Club’s first event for the year.

Don Beer Jnr spoke on behalf of his family who sponsored prizes and thanked his late father’s friends for attending the function.

Twenty-seven boats registered for the event. The results are as follows:

Twenty women and 46 children also enrolled for their categories, with the overall weight of fish reaching 363kgs.

Puapii said the two communities also delivered fish for the vulnerable, cooked and shared meals and everyone received an award.

Correction: A photo caption on page 2 of Tuesday, June 2 edition was incorrect. It should have read: Winner of the Don Beer Snr Memorial Fishing Tournament Iro Maroroa is pictured with his daughter weighing in the 28.2kg fish.