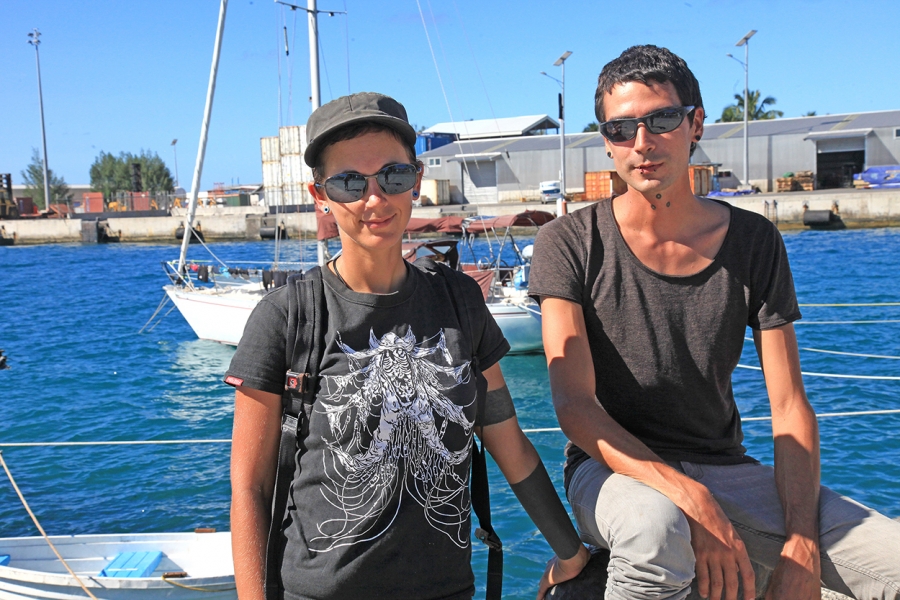 Self-described “Digital Nomads” Devine Lu Linvega, and partner Rekka Bellum of Montreal Canada. A chance meeting with a stranger in a bar in Prague while travelling a couple of years ago literally altered the course of Linvega and partner Bellum's lives. Now they are inspiring other “computer geeks” from around the world to “get outside” by circumnavigating the Pacific Ocean in their yacht Pino. 17071614

They call themselves “digital nomads” and their aim is “to drift around in search of inspiration, creating as they go”.