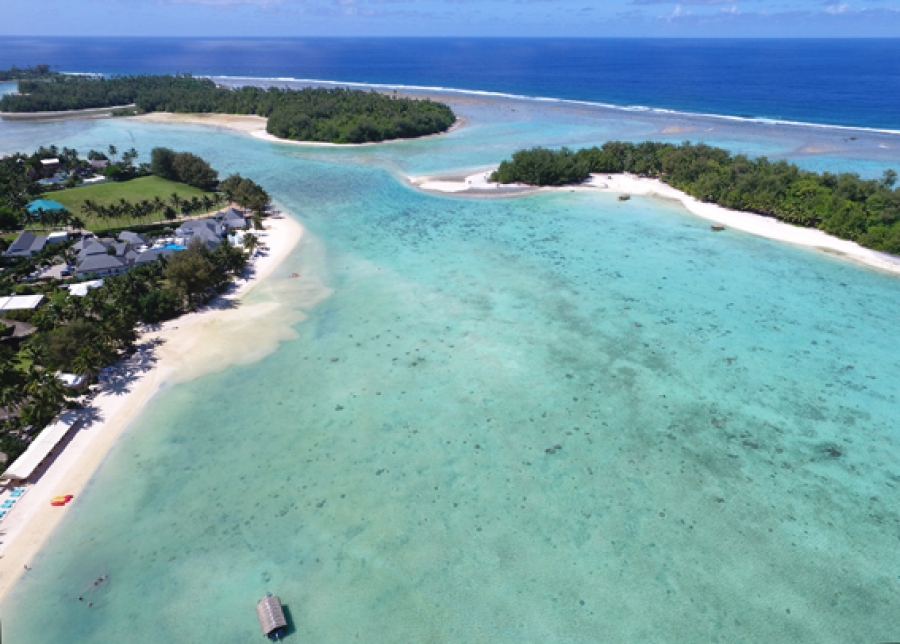 The crown jewel of Rarotonga is shining brightly again.

A major portion of the Muri lagoon, which had been fast losing its pristine beauty because of the algae growth, seems to be back to its best and free of the unwanted seaweed.

This has baffled the authorities, who are unable to explain the cause behind this sudden change which some have termed a “miracle”. But the tourism industry is delighted by the sight of the Muri lagoon back in its immaculate form.

Cook Islands Tourism Corporation chief executive officer Halatoa Fua said it was good news for the industry, which regraded the lagoon as its “golden goose’’.

He said there was still need for work to bring the lagoon to the form it was renowned for.

“The clearing up of the seaweed in Muri has relieved a lot of concerned stakeholders. It is a pleasing outcome for one of the Cook Islands’ most iconic sites,” Fua said.

“However, the work on sanitation and lagoon management will continue as part of the consolidated body within government. There are short-term and long-term outcomes to be achieved, to ensure the environment is protected.”

“At this stage, the PMU (Project Management Unit) on behalf of the Cook Islands government is not able to offer an explanation as to why the seaweed density has appeared to have dramatically reduced,” Rairi said.

“There are a wide range of potential causes of this, however given the rapid change of conditions it may be because of weed breaking off in a recent storm or high lagoon temperatures causing some die off.”

Rairi said they would monitor the progress of the lagoon to learn more about the natural factors that contributed to the algae disappearing.

“The monitoring will assess the influences of seasonal and other climate conditions as well as land activity.

“The PMU have had environmental scientists in Rarotonga this week, and we appreciate the ongoing support of the community as we implement this programme, the urgency of which has not been diminished.” Efforts have been made in the past to find ways to clean the lagoon which is popular among the tourists and the locals alike. The Chamber of Commerce spearheaded a trial to scrape algae using an excavator. It was deemed successful, but stakeholders did not approve of the process and it failed to gain momentum.