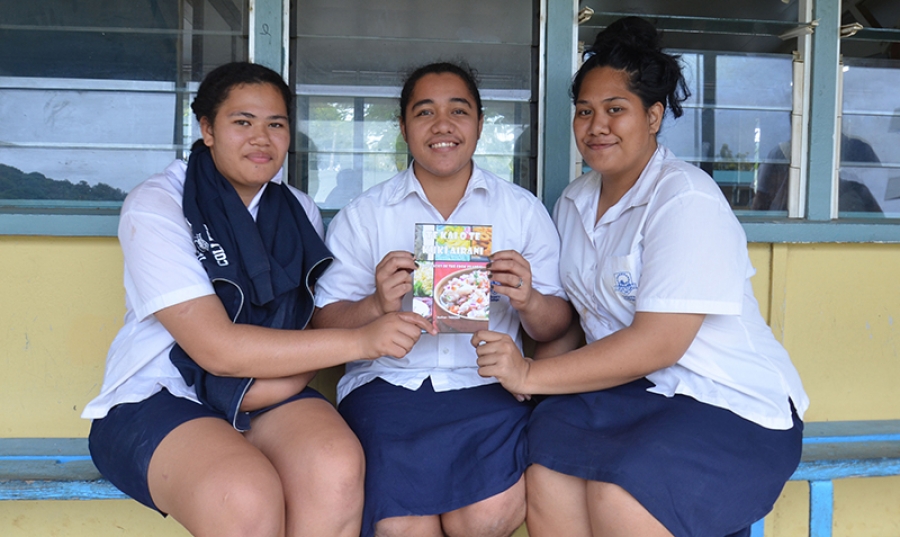 “We did not realise when we decided on (producing) a cookbook, that it could be so useful for so many people”, says Edith Tangaroa of her Tereora College group’s project, which was runner-up in the Dragons Den Young Enterprise Scheme competition recently.

“We wanted to use popular local and traditional recipes and so we asked our grandmas and grandpas. Then we did a survey at school, and asked the students what recipe they would like to see in the book.”

Recipes for poke were in big demand and they feature in the book along with 14 other recipes from around the Cook Islands.

The authors will hold an official book launch this week at Tereora College where they will demonstrate some of the recipes and have the book on sale.

They say the publication would make an excellent gift for family overseas The authors’ key aim to raise awareness of Cook Islands culture and encourage people not to lose touch with it.