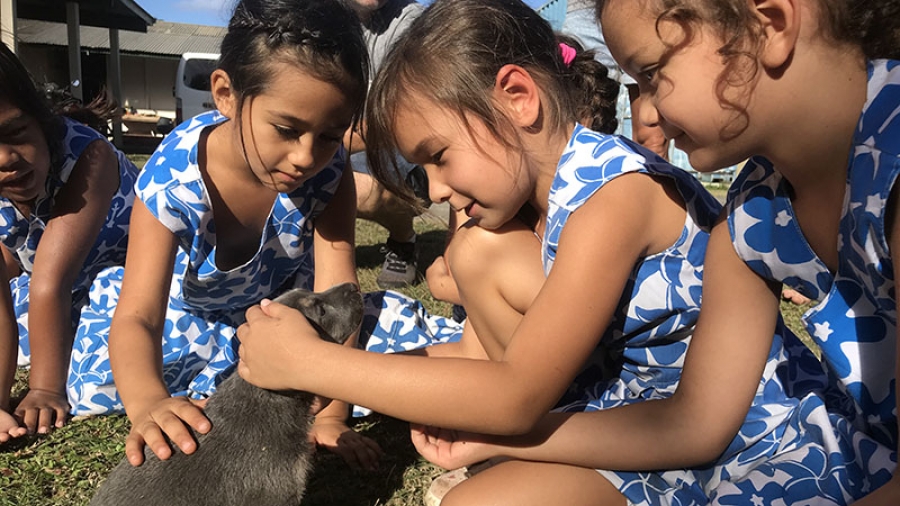 Te Are Manu Vet Clinic are receiving a large number of fish poisoning cases due to the increased number of reef fish being consumed on the island.

Clinic president Patricia Barton said dogs and cats do not have to eat much of fish containing ciguatera toxin to show signs of fish poisoning.

“It is important to dispose of reef fish appropriately and completely to prevent dogs and cats from foraging and becoming unwell,” Barton said.

The sharp rise in the number of fish poisoning cases has prompted Te Are Manu to seek more volunteers to help out.

Veterinarian Ellen McBryde said the desexing surgeries have kept them “as busy as ever”, adding a large number of poisoning cases in recent times have increased their workload.

Apart from fish poisoning, McBryde said they have also had cases where pets were poisoned from slug/snail bait which is treatable as long as veterinary care is sought quickly.

She added that also unfortunately slug/snail baits are often advertised as 'pet friendly' however this simply means they contain ingredients to deter dogs and to a lesser extent cats and these are most often ineffective.

Slug/snail bait poisoning will make pets shake, causing them to overheat, and we will often see vomiting and/or diarrhoea as well.

“With veterinary care we are quickly able to stop or reduce the shaking which in turn prevents the pet from overheating. Fortunately, the survival rates for pets that receive veterinary care early are very high.”
She said if you see your pet eating slug/snail bait or think they are showing these signs, the best thing to do is get in touch with us as soon as possible.

McBryde said an ongoing issue on the island is the use of Paraquat herbicide and its effect on dogs and cats.

And unfortunately, a dog or cat does not have to ingest much of this toxic substance to become very ill and pass away.

She said if a pet does ingest enough toxin, there is no treatment that they can provide and, if left, animals suffer immensely.

“Once again, if you suspect your pet has ingested a toxic substance, the best thing you can do is call the vet clinic - we are always here to help,” she added.