Call to uphold values our soldiers fought for 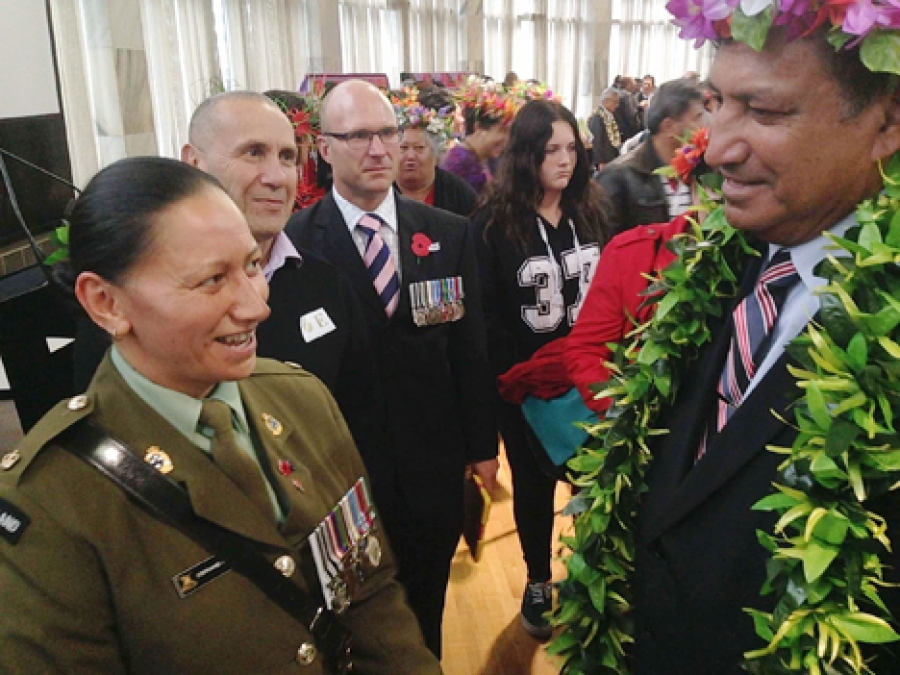 Cook Islands soldiers were represented by Major Stephanie Craw (nee Wichman) at the Cook Islands Soldiers of World War One commemorative ceremony held at the Beehive in Wellington on April 17.

Major Stephanie Craw, a logistician with the New Zealand Army of Cook Islands descent, noted during her remarks that the reasons for answering the ‘Call to Empire’ and joining the war effort were as varied today as they were 100 years ago.

Her great uncle Private Noa Nena was part of the 1st contingent of Cook Islands Soldiers to WWI and served in Egypt, the Western Front and Palestine.

Her great grandfather Teariki Puri and great uncle Mare Amoa were part of the 3rd Rarotongan Company during WWI and they served in Sinai and Palestine.

The Rarotongan Company were in charge of setting up and maintaining forward ammunition and supply depots in support of the troops on the frontline, a role Major Craw can relate to as a modern day logistician.

Like many other Cook Islanders who had travelled to Wellington to be part of the weekend of commemorations, the events had stirred in her an interest in family history and the contributions her relatives had made in preserving the freedoms we enjoy today, she said. “They were called to serve, and the willingly answered that call. “They would encourage each and every one of us, whatever our particular ‘call’ in life may be to answer it, to answer it with all that we are, to answer it knowing that that is our contribution to upholding the values they fought so hard for 100 years ago.”

Major Craw was the final speaker at the emotionally-charged commemorations, which ended with a recital of the Ode to the Fallen: “They shall grow not old, as we who are left grow old, Age shall not weary them, nor the years condemn. At the going down of the sun and in the morning we will remember them – Lest we forget.”