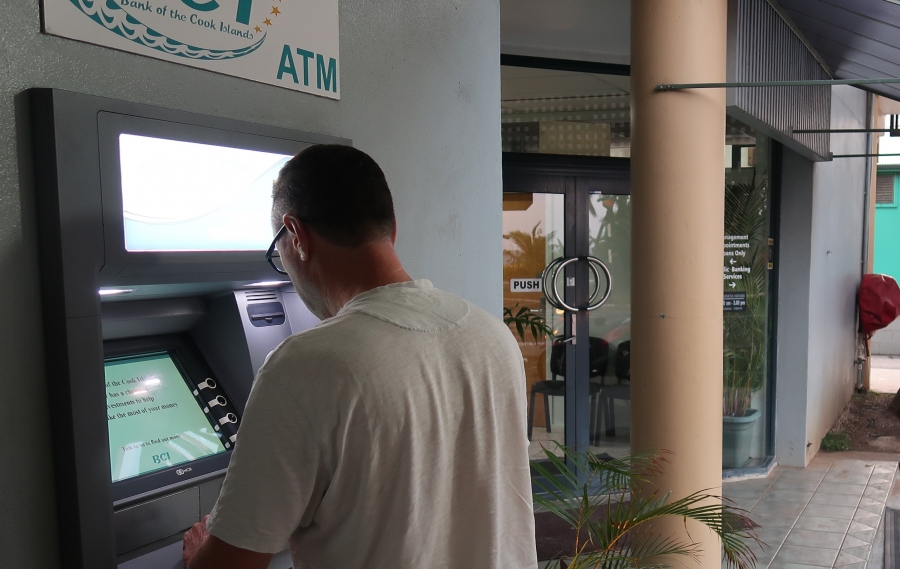 A bank ATM customer alleged to have stolen an elderly man’s money has been warned to return the cash – or face a police inquiry.

BCI are investigating a customer who allegedly took a “large amount of money” inadvertently left in a money machine by an elderly man, who had withdrawn it to pay for medical care in Australia.

Kim Ariki yesterday thanked BCI for refunding her 75-year-old father Teariki Ona's money and launching an investigation – and she issued her own warning to the thief. “Just let that person know that if they don’t come onboard, they leave me with no option but to go to police.”

The refund has restored her father’s trust in the bank. Teariki Ona acknowledged the bank too: “It’s just like the old days when the bank cared about the people and not treat them like a number,” he said this weekend.

Ariki had initially spoken publicly of her frustration at the bank’s response: her father was initially told dismissively, “if they are honest they will return it”.

“My annoyance is he was told they couldn’t do anything about it,” she said.

But after a public outcry, the bank met with her and kicked off an inquiry. “BCI do have cameras in place to assist with situations like these and are working very hard to resolve the issue,” marketing team leader Ina Davies said.

Ariki said her elderly parents, Teariki and Rua Ona, travelled to Australia every six months, for medical check-ups. They had to pay for the air tickets, the check-ups and the prescription medicines.

Usually they made electronic payments – but this time her father had been determined to do it himself. “My father is a hard-working man. He’s 75 and he’s a very busy man.

“Unfortunately he was in a rush. Returning back to his truck he realised he hadn’t taken the money from the slot. His truck was parked close to the ATM. When he returned the money was gone. He only remembers there were two others behind him – guy and woman. Obviously they had gone by then.”

She was dismayed that someone had taken the money. The security camera footage showed the first person had just checked their balance, seemingly without looking in the cash slot.

It appeared to have been the second person who took the money, when they withdrew a much smaller sum of their own.

“That person would have known the amount of money massively exceeded the small sum they were withdrawing,” Ariki said.

Though she was frustrated by the initial delay in a response, she said when BCI stepped up they were very supportive and efficient. Others she had heard from were still waiting two years for a refund – but BCI processed her mum and dad’s refund within days.

“The Bank of the Cook Islands you are definitely the People's Bank,” she said. “Even though my father’s experience was not a pleasant one at first you came to the party and credited my father with the full amount back into his account. His response was, "Praise the Lord".

BCI general manager Vaine Nooana-Arioka confirmed yesterday that the bank was looking into the money’s disappearance, and another customer was involved.

“This customer is free to talk about their case,” she said. “I have another customer that I cannot talk about.”

Another customer, Sean Brown, said his father had a similar experience two years ago – but despite being repeatedly referred from one staff member to another and told they would call back, they had no resolution.

This weekend, though, he said he’d heard back from the bank and they’d invited him to come in and discuss what happened.

Meanwhile, BCI customers were unable to access their money for about four hours yesterday, due to scheduled maintenance by Bluesky. The bank warned beforehand that they would be unable to use their Everyday and Vaka cards on Eftpos and ATMs.