Big … and bigger! The bright days of blue marlin 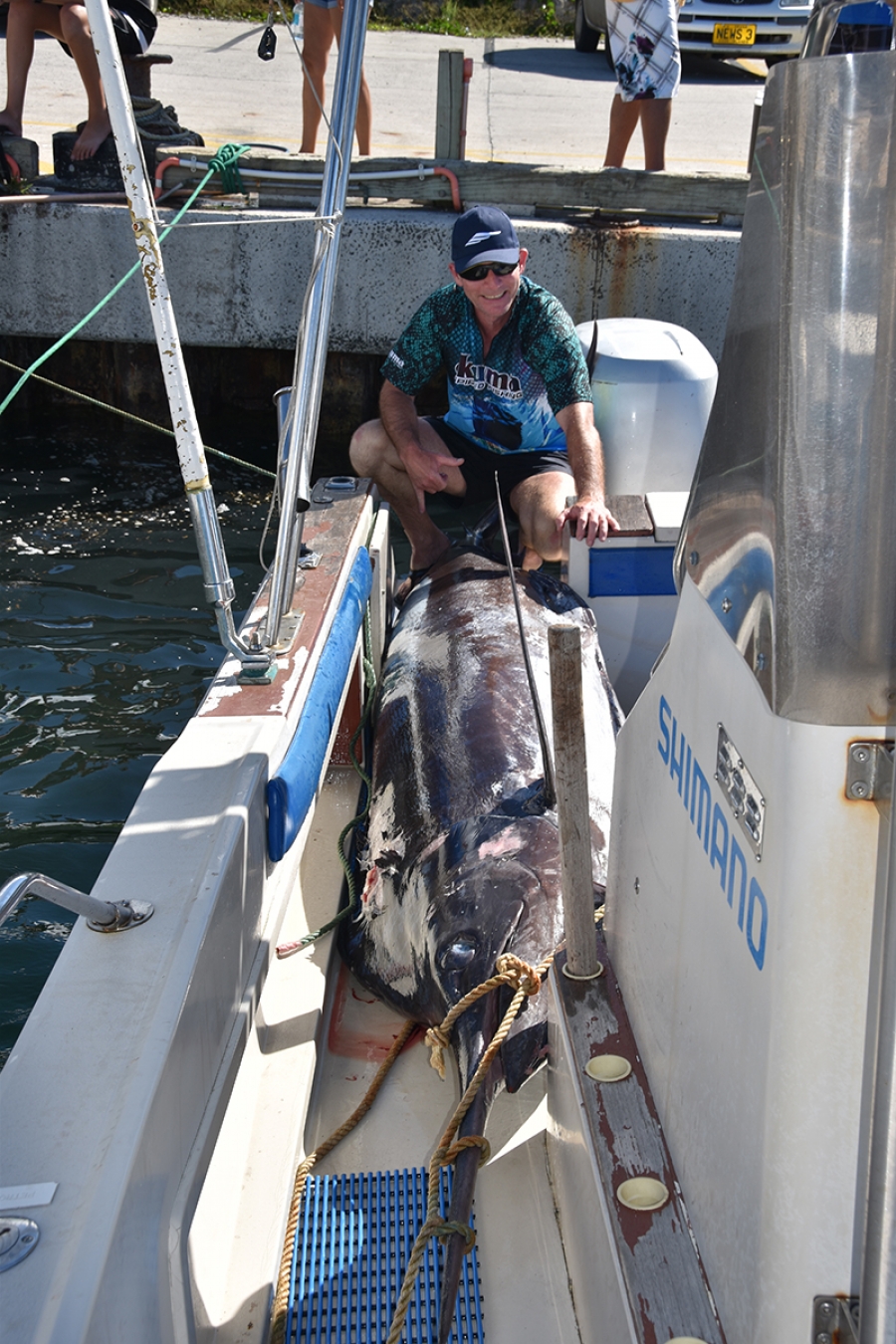 Gary Pearce with the 270kg blue marlin he landed this week with his own special red gill lure. 19102121.

After pulling in the country’s biggest marlin in months, game fisherman Gary Pearce is ecstatic: ‘What’s not to love?’ he asks Melina Etches.

Mad about fishing, Gary Pearce was blown away and excited with the 270kg blue marlin landed on Monday afternoon, “it’s such a buzz,” he said.

Catching one of these ocean monsters, was on his bucket list. “I have always wanted to catch a marlin, it’s a dream, and so cool I did it on my own.”

He went one better than Cory Rakich, who had pulled in a 203kg marlin a few days earlier.

Pearce is visiting from Waiuku, in New Zealand. And he brought his own lure with him – a red gill RG8 by Nathan Adam, to prove how serious he was about hooking “that marlin”.

The fight was fierce, after five hours of battling, on board Akura fishing charters, the blue marlin wore out.

He owns a boat back home and spends much of his leisure time fishing, with his biggest catches between 30 to 40kg.

This catch is a dream come true for him.

“I just love everything about fishing, what’s not to love?”

At the Cook Islands Game Fishing Club competition at the weekend, the biggest marlin pulled in was a relatively miserly 82.5kg. It was too small to register on the official scales, which start at 90kg, and so was disqualified.