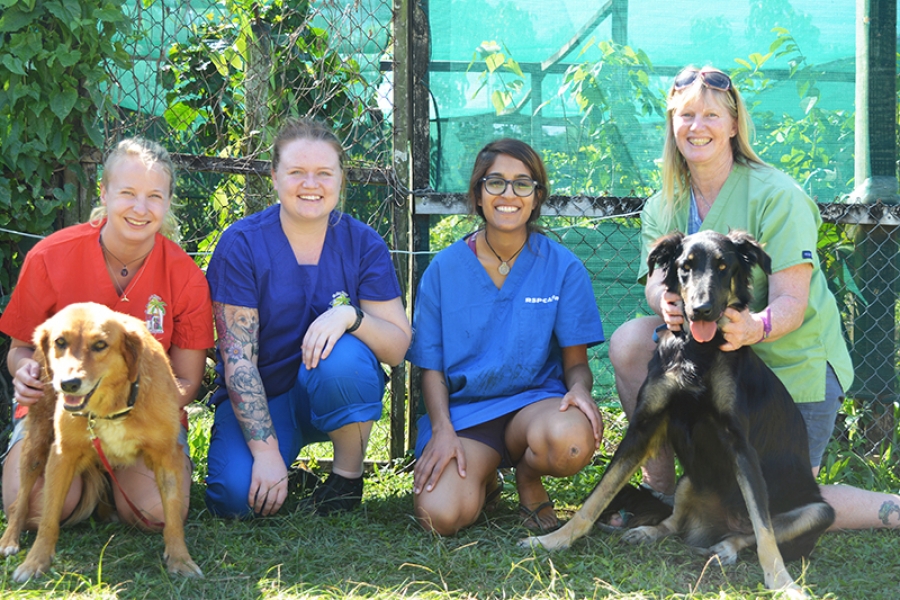 Te Are Manu veterinary service has recently treated a number of animals that have fallen victim to the poisonous ciguatera toxin after eating fish from the lagoon.

Lambada the dog was completely paralysed when he arrived at Te Are Manu at the beginning of July. He had no gag reflux, was having seizures, and needed to be hand fed. Fellow canine Mata was also in a bad way and has been recovering at Te Are Manu for the past 10 days.

They had both eaten fish from the lagoon that were contaminated with the Ciguatera toxin.

Ciguatoxin is produced by Gambierdiscus toxicus, which lives on or near coral reefs. The toxin is ingested by fish and stays in their muscles. It can also affect cats and humans.

The toxin is visually undetectable in the meat and is not destroyed by either cooking, smoking, freezing or salting.

Signs to look out for can include nausea, vomiting, diarrhoea, loss of coordination, vision loss, hearing loss, and animals lying on their side and being unable to move.

“It is very painful and can take a long time for dogs to recover, because it causes neurological problems, where they have to learn to walk all over again,” said Australian vet nurse Helen Spry.

“I’ve been taking them to the beach to do their physical therapy,” she added. “It gives them confidence too, and helps them to move their limbs. We’ve noticed a big improvement since we have been doing that.”

Te Are Manu is currently staffed by four volunteers who will be in Rarotonga for between two to four weeks.

“It’s been a really nice thing for us to do, and all the skills we learn here are easily translated to what we do at home,” said Aashima Aupush, who is a vet from Australia.

“We see and get to learn about different things than what we would normally come across, such as this fish toxin,” added vet Chloe Botting from the UK.