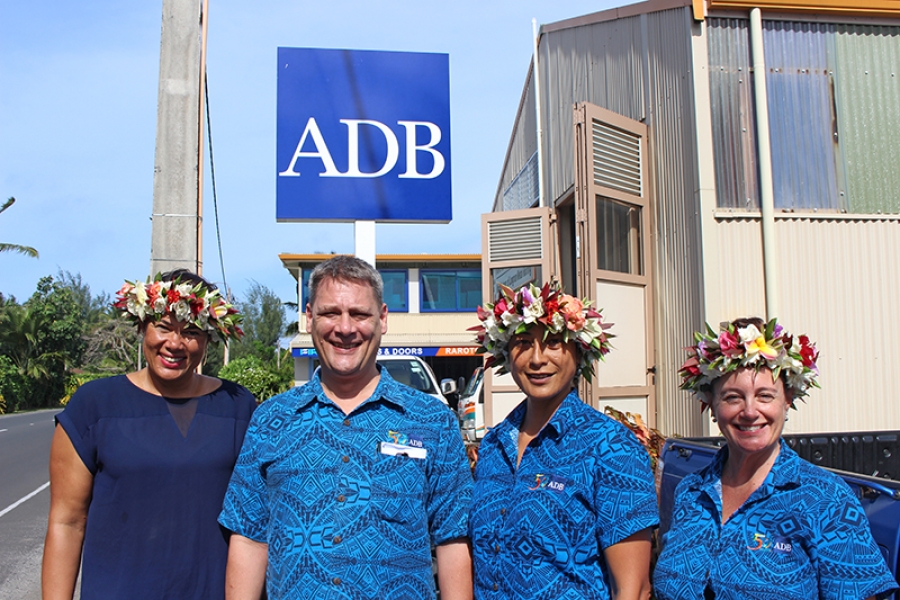 The Asian Development Bank now have their own premises in Nikao following a grand opening on Friday afternoon attended by around 30 guests, including deputy prime minister Teariki Heather.

Regional director Robert Jauncey says they previously had a presence within the Ministry of Finance and Economic Development building for the past five years, but decided it was time to have their own stand-alone office.

It’s been a long time coming, as the Cook Islands first joined ADB in 1976. Since then the bank has worked as a partner to build key infrastructure, and has helped government respond in times of financial crisis, as well as cyclone disasters.

They are now focused on supporting the government’s policy reforms to increase economic growth and reduce hardship in the Cooks, says Jauncey.

He says they are very pleased to have an increased footprint on the ground in Rarotonga and that the move reflects their “Scale up in support for the Cook Islands.

“It really allows us to step up the level of support we can provide the Cooks, it’s not something we can manage by remote control.”

The ADB have gotten behind the Cook Islands in a range of different projects in recent times such as the Avatiu port development that opened in 2013, and the renewable energy work in the Southern Group.

He says, “We’re pleased that over the past five years we have provided around $80 million dollars to the Cook Islands.”

He adds about half of that amount has been low interest loans from ADB. The rest of the funds were allocated through grants to help the Cook Islands access assistance from the Green Climate Fund, and the Global Environment Facility from the European Union.

The ADB was also pleased, he says, to assist in facilitating grant money for the Cook Island government from the GCF for battery storage here in Rarotonga - to allow for another six mega-watts of solar on the grid.

“And we are really looking forward to assisting the Cooks with an under-sea cable, to bring down the price of internet and increase bandwidth speed,” says Jauncey.

This will aid the Cook Islands to connect with the Polynesian cable running from Samoa to French Polynesia.

He says, “It’s in the pipeline and we’re really looking forward to that, and really hope the cable will be landed in 2019.”

Jauncey adds that the telecom reforms government is aiming to push through in future will open the market up for greater competition to bring down prices, as well as increase internet speeds.

The ADB are going to their board next month seeking approval for $22 million towards the project.

This is on top of the New Zealand government pledge of $15 million made in June, as part of former prime minister Bill English’s visit to the Cook Islands.

The ADB’s new premises is situated two doors up from First Windows and Doors in Nikao and is open from 9-4pm Monday to Friday.