Sea Eagles through to final

Monday 28 May 2018 | Written by Rashneel Kumar | Published in League 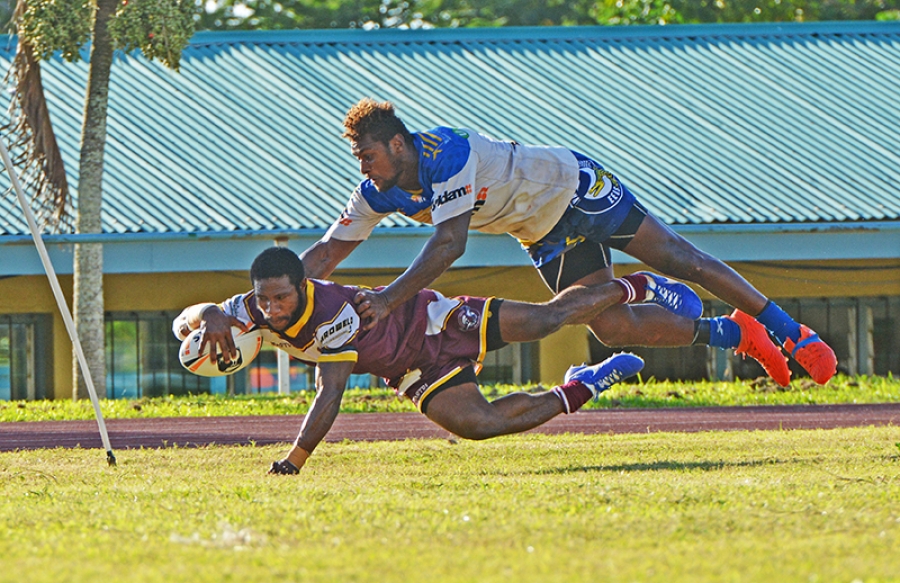 The Ngatangiia Matavera Sea Eagles’ dream run in the domestic rugby league competition has continued after another blockbusting performance over the weekend.

The side defeated Avatiu Nikao Eels 26-18 at the BCI Stadium on Saturday to book a date with Tupapa Panthers in this weekend’s grand final.

Sea Eagles led 18-12 at the break and fought tooth and nail to claim the win.

The Eels’ lack of discipline let them down, as the inspirational Sea Eagles showed pure class and determination to slay the giants, maintaining their fairytale run in the competition.

In other matches, Titikaveka Bulldogs defeated Sea Eagles 32-18 in the under-19 semis. The Bulldogs will now take on Arorangi Bears in the final this Saturday.

And in the reserve grade, Tupapa Panthers overcame Arorangi Bears 32-30 and will play the Eels in the final.

CINews will have a detailed report on the premier grade Sea Eagles-Eels match in tomorrow’s paper.