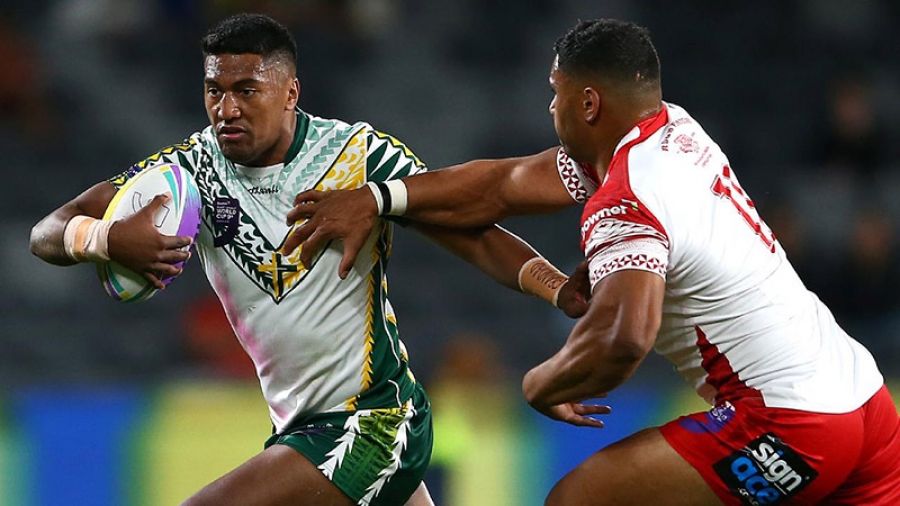 Cook Islands rugby league side will take on Samoa and Papua New Guinea in the Oceania Cup this year. 20022628

Rugby league has started hunting for top players for the upcoming Oceania Cup.

Cook Islanders playing in the feeder competition to the National Rugby League premiership will be tested in the upcoming international matches.

The Kukis will take on Samoa in June and Papua New Guinea in October in the Oceania Cup 2020. These matches will help the national side prepare for the Rugby League World Cup in 2021.

Charles Carlson, the president of the Cook Islands Rugby League Association, said securing their top players for these matches was the major priority.

But Carlson said they do not have a big pool of players in the NRL competition to choose from therefore they expect players from lower tier competition to step up to the challenge.

“The value of selecting our elite players at the NRL level for these international games is they are our professional players and they are expected to perform at this level of competition,” Carlson said.

“However since we don’t have a big pool of players to choose from, we then reach out to the next tier of players that are on the fringes of making NRL playing the Queensland Cup or NSW Cup.”

Coach Tony Iro will be monitoring the potential national players during the NRL season leading up to the first Test match, Carlson said.

“We have a couple of young players coming up the system so expect to see some new blood in the squad with the core of the players coming from the squad that played in the South Africa and USA qualifying games.”

The Asia Pacific Rugby League Confederation this week announced the return of the Oceania Cup in 2020 after an outstanding inaugural edition last year provided so many historic moments.

In Pool B, the Cook Islands join Toa Samoa and the Papua New Guinea Kumuls.

The Kangaroos, who lifted the Oceania Cup in 2019, depart the tournament this year to face England in a three-Test series.

The 2020 schedule will see a mid-season June double header featuring NZ Kiwis taking on the Tonga Invitational XIII in what will be another epic battle, and Toa Samoa play the Cook Islands.

The remaining two double headers will be played in October at the conclusion of the NRL season. This will see Tonga Invitational XIII play Fiji and Toa Samoa take on the PNG Kumuls in a great celebration of the best of the Pacific. This will be followed by a third and final Oceania Cup double header with NZ Kiwis vs Fiji and PNG Kumuls vs Cook Islands where the Oceania Cup (Pool A) and Oceania Shield (Pool B) will be decided.

The dates and locations of the three Oceania Cup double headers will be announced in the coming weeks.

Charles Carlson said once dates and venue are confirmed, Cook Islands Rugby League will be all out rallying the people “to get behind the boys and make an impact at the game”.

“This is fantastic news receiving confirmation for two international games for the Oceania Cup 2020. The first game against Samoa in June will certainly be a big draw card for the spectators and we are also expecting a good response from our top NRL players to put their hands up for the Cooks.”

Carlson also said they are eyeing an international game for the women’s team, the Moanas, in October this year. The women’s team will feature in the Women’s Rugby League World Cup which will also be held next year.