Tennis juniors to compete in ITF tournaments in Fiji 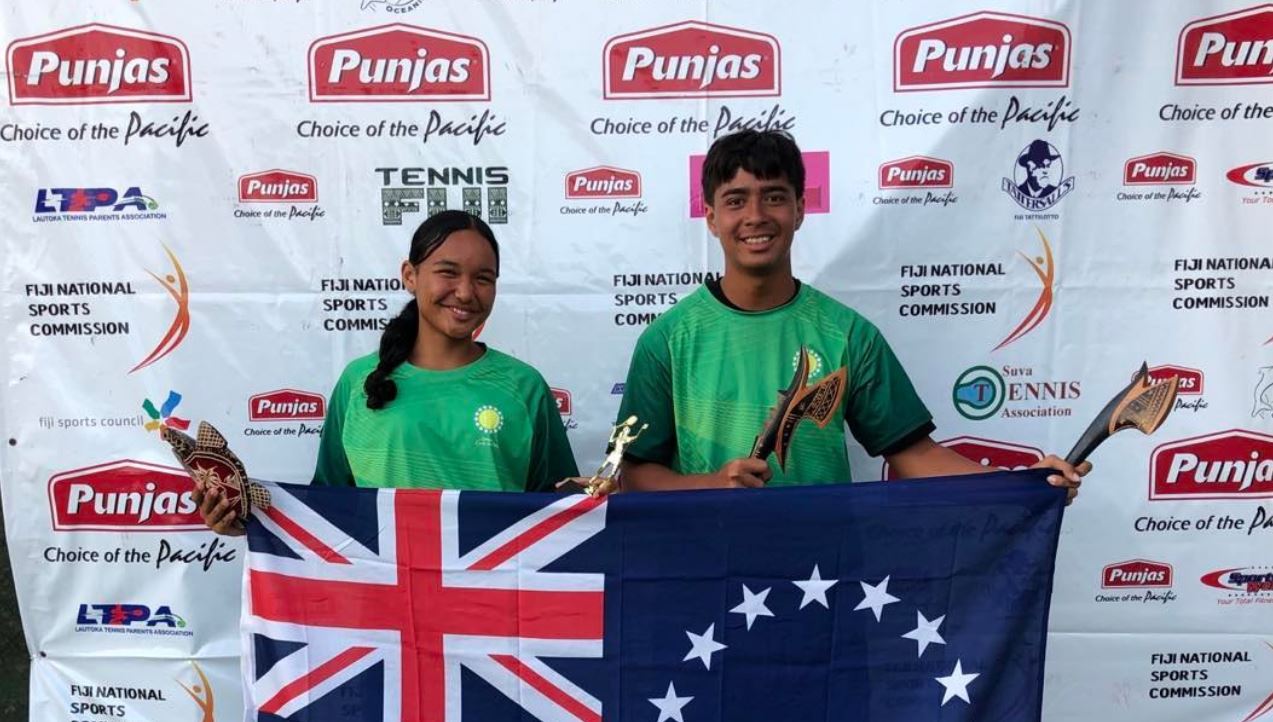 Following a successful campaign for the youngsters last month in Lautoka at the Pacific Oceania Junior Championship, which saw Maui take out the 16U Boys division, and Rongo come in as a runner-up in the 14U Girls division, both athletes gained support from the Oceania Tennis Federation (OTF) for the upcoming ITF tournaments.

Maui (16 years) and Rongo (13 years) will be competing in an 18U tournament, which is expected to push them out of their comfort zone.

Both players recently topped the Cook Islands 16U Junior Nationals division in singles for boys and girls respectively, with Maui also topping the 18U division for boys while Raetea managed third place.

Malcolm Kajer, national coach of the Tennis Cook Islands development squad, said: “I am very proud of these two and hope they gain much experience by competing in the ITF J5s.”

“No matter the results, competing at these tournaments will give them both opportunities for match play against new opponents and work on their mental toughness.”

Jackie Rongo, mother of Raetea, said: “It has been a lot of early mornings and late afternoons preparing for these tournaments prior to, and after the Cook Islands Games.”

“Coach Mal has been awesome in putting in the extra hours on court to improve her tennis arsenal and polish shots. It’s certainly been a long work-in-progress!

“Being able to play at these tournaments is next level, and we are extremely grateful to OTF for making junior pathways for our Oceania athletes possible as well as our local tennis community who continue to support our young athletes grow in this sport,” said Rongo.

Tennis Cook Islands president Davina Hosking-Ashford wished them all the best in both tournaments.