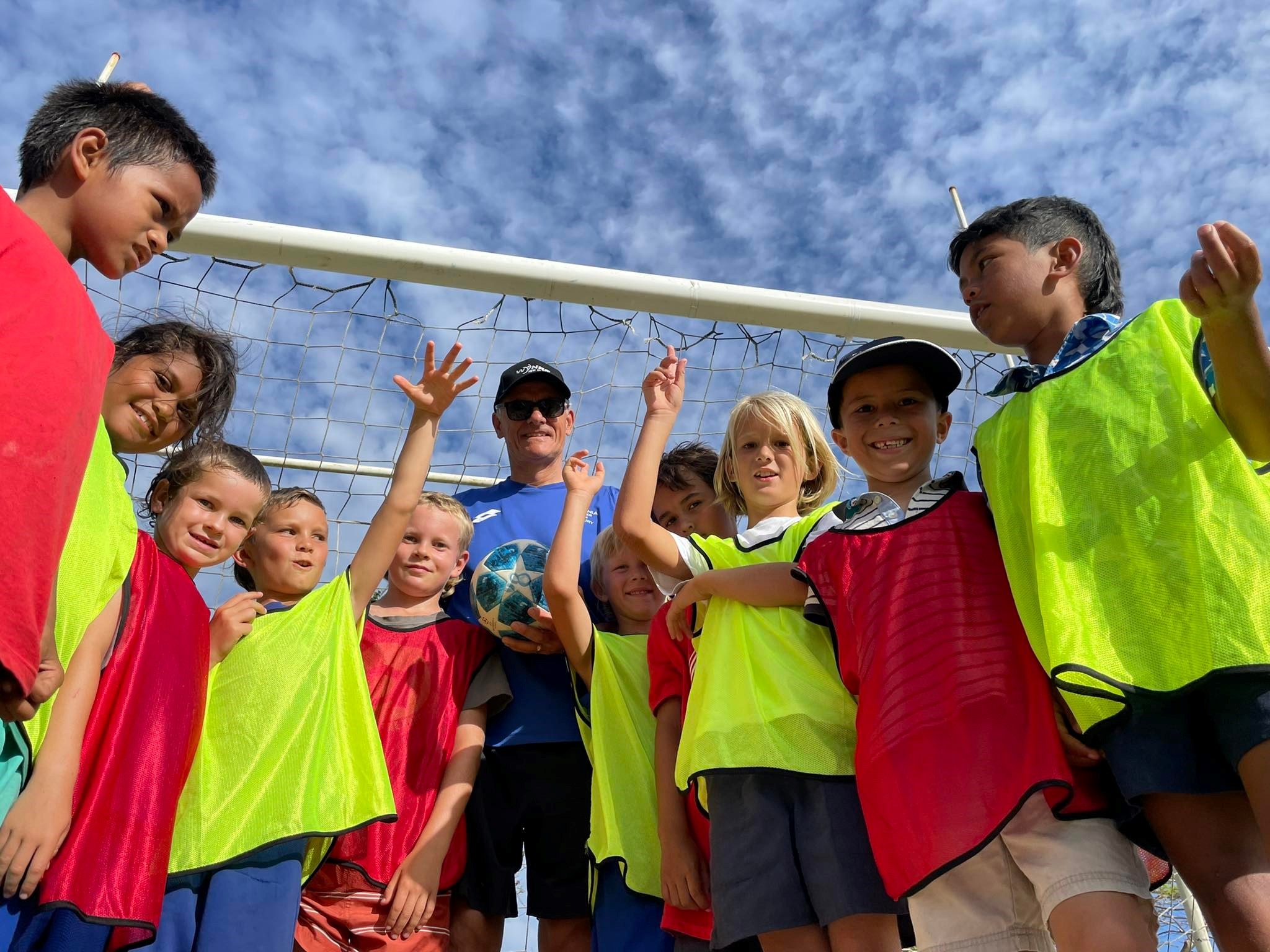 Oceania footballer of the century, Wynton Rufer wrapped up a week in Rarotonga on Wednesday coaching children how to kick a ball.

Rufer said his time in Rarotonga had been “unbelievable” and he had found “two little guns” during the coaching process.

“Every time you come to islands you always find some little magician. I’m doing programmes every week, all over New Zealand, thousands and thousands of kids, and yet I’ve been here one week and I’ve already found two amazing little talents,” Rufer said.

“It’s not a surprise for me, you’ve got this amazing talent all over the islands and that includes here.

“It’s been so positive, it’s just been amazing.”

His dream is shared with a fan of his, Tim Meyer, who grew up watching Rufer play for his home club in Germany.

“I could not have dreamt for a better outcome,” Meyer said.

“On the last day, it felt so perfect, everything just came together, the kids loved it, even the weather loved it.

“There was a nice flow, there was an amazing energy and it felt like a real start up moment, it just felt like everybody was buying into the programme and everyone just shared the love for the game.”

Meyer said in the afternoon when the children had their grassroots games, they had already improved.

“You could tell even after that short period, that one week of training, touch had improved and they were just playing calmer and were just so much better as a team, simply because they had better ball control.”