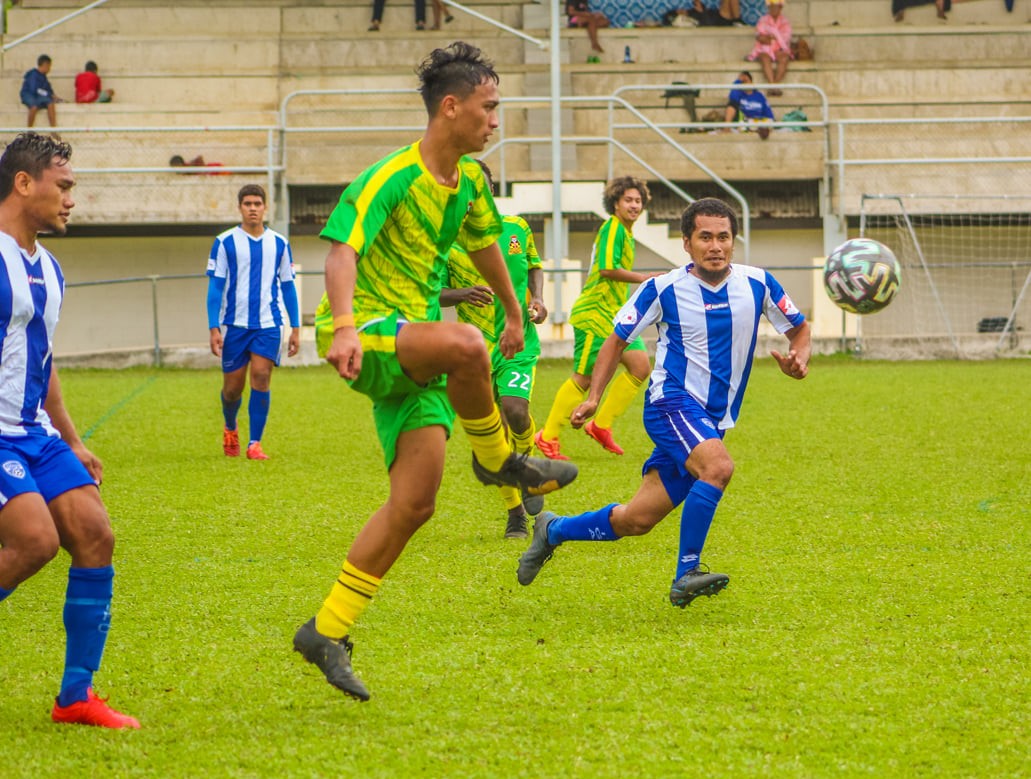 Puaikura’s unbeaten run in the domestic women’s football competition came to an end this week after the side went down to Tupapa Maraerenga FC 0-1 at Victoria Park.

Despite the loss on Monday, the Arorangi side still leads the senior women’s division on 31 points – seven points clear of second placed Tupapa.

From the 12 matches they have played so far, Puaikura won 10, drew and lost one each.

Co-coach and player Tasha Dean said they were gutted to lose their unbeaten run but remains positive of top place finish with three more rounds to go.

A win against Avatiu this weekend will be enough for Puaikura to claim the Round Cup title.

“Its been a while since we finished on top and we are hoping to achieve that this year. We have three more matches and all of them are tough, against Avatiu, Nikao and Tupapa.”

The inclusion of New Zealand-based midfielder Coral Seath, who is also co-coach of the side, was a major boost, said Dean.

The team also has services of 15-year-old Victoria Fatiaki who has been instrumental so far this season.

“We always had good players but it was just finding the right people in the right positions and I think we have finally managed to get that right. We have a good team of experienced and young players.”

The battle for second place is a close one with Titikaveka creeping up on the table looking to take out Tupapa Maraerenga from their current standing. To remain second on the table, defending champions Tupapa needs to win their remaining matches.

In the much-anticipated Van’s 2020 Premier Men’s Championship, defending champions Tupapa Maraerenga has managed to maintain the top spot from the opening round.

The side leads on 31 points from 10 wins and a draw and loss each, seven points clear of second place Nikao Sokattak.

Nikao Sokattak has overtaken previous runners up on the table Puaikura on 24 points. Puaikura is third on 22 points.

For Tupapa Maraerenga to retain the Round Cup Championship, they need at least a draw this weekend against Nikao Sokattak. If they lose to Nikao this Saturday, Tupapa will maintain the lead but they will have to give their all in the remaining two matches in order to keep the trophy.

Rivals Nikao Sokattak and Tupapa Maraerenga are tied at the top of the DJ Gas under-17 men’s points table. With goal difference being the determining factor for the top spot, Tupapa leads on 28 points.

Defending champions Tupapa Maraerenga cannot afford to lose any points, the side needs to win their remaining three matches to retain the title.

In the girls BSP Under 15 Championship, Puaikura leads on 32 points – five points clear of Matavera.

However, Puaikura team will need to win their next two matches in order to retain the Round Cup title.

In the BSP Under 14 Championship, top placed Tupapa Maraerenga needs only a draw this weekend to claim the title.

Avatiu FC has claimed the Under 12 and Under 9 Prime Foods titles while Tupapa Maraerenga leads the U7 championship.