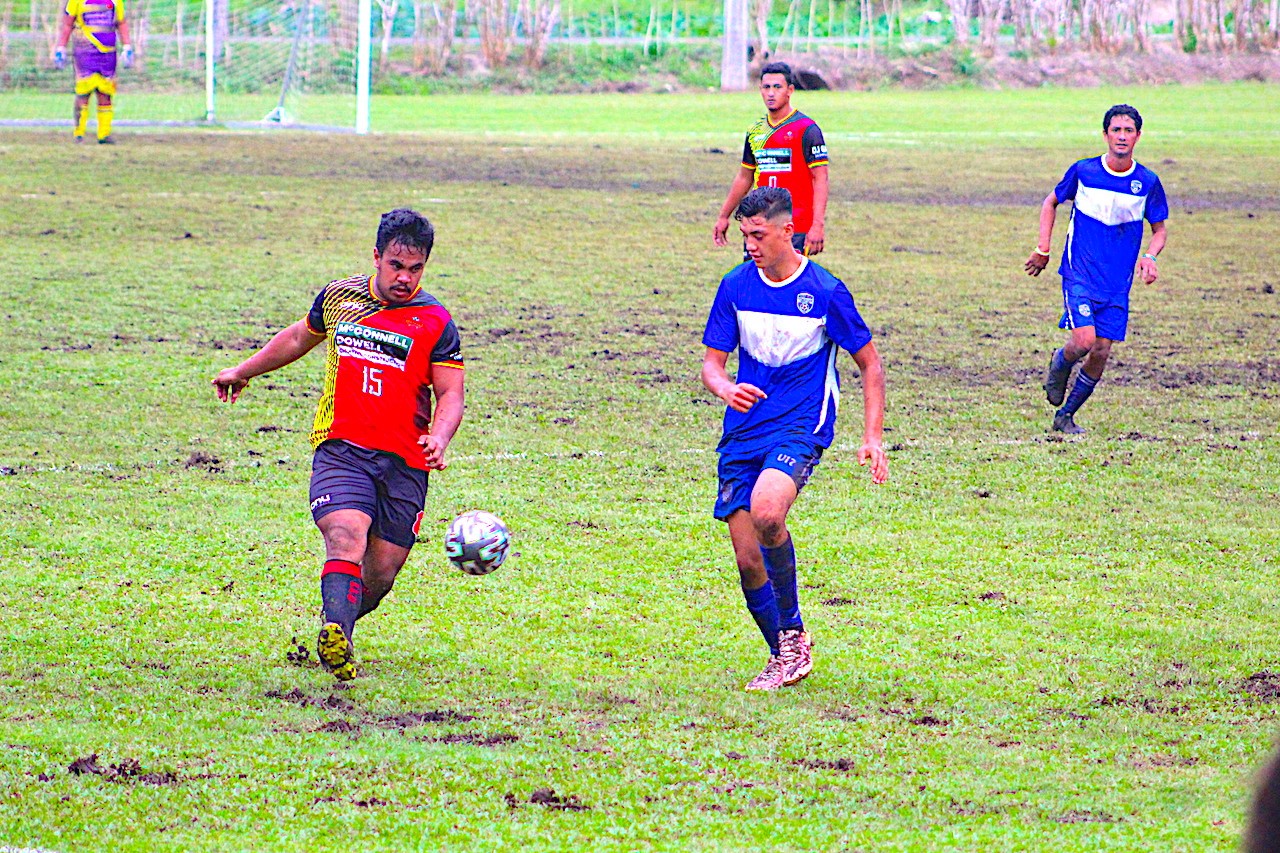 Puaikura in action against Titikaveka from last year’s season. 21082734

After an exhilarating first week of football, round two provides another exciting match up. Puaikura will play Nikao Sokattak today at Raemaru Park in Arorangi.

In the Tower Insurance premier men’s match today, after being given an extra week of training and preparation, due to games being postponed, Puaikura is sure to give Nikao Sokattak a worthy challenge. But after their first win against Avatiu last week, Nikao will not make it easy for them.

After winning their first game in round one last week, Nikao Sokattak will be hoping to maintain their good start when they face women’s champs Puaikura in The Islander senior women’s competition.

Starting off today’s fixture will be the U15 Boys, followed by the U15 Girls then the U18 Men’s.

There will be a manual and electronic CookSafe tag in at both venues today, please tag in before entering each venue.