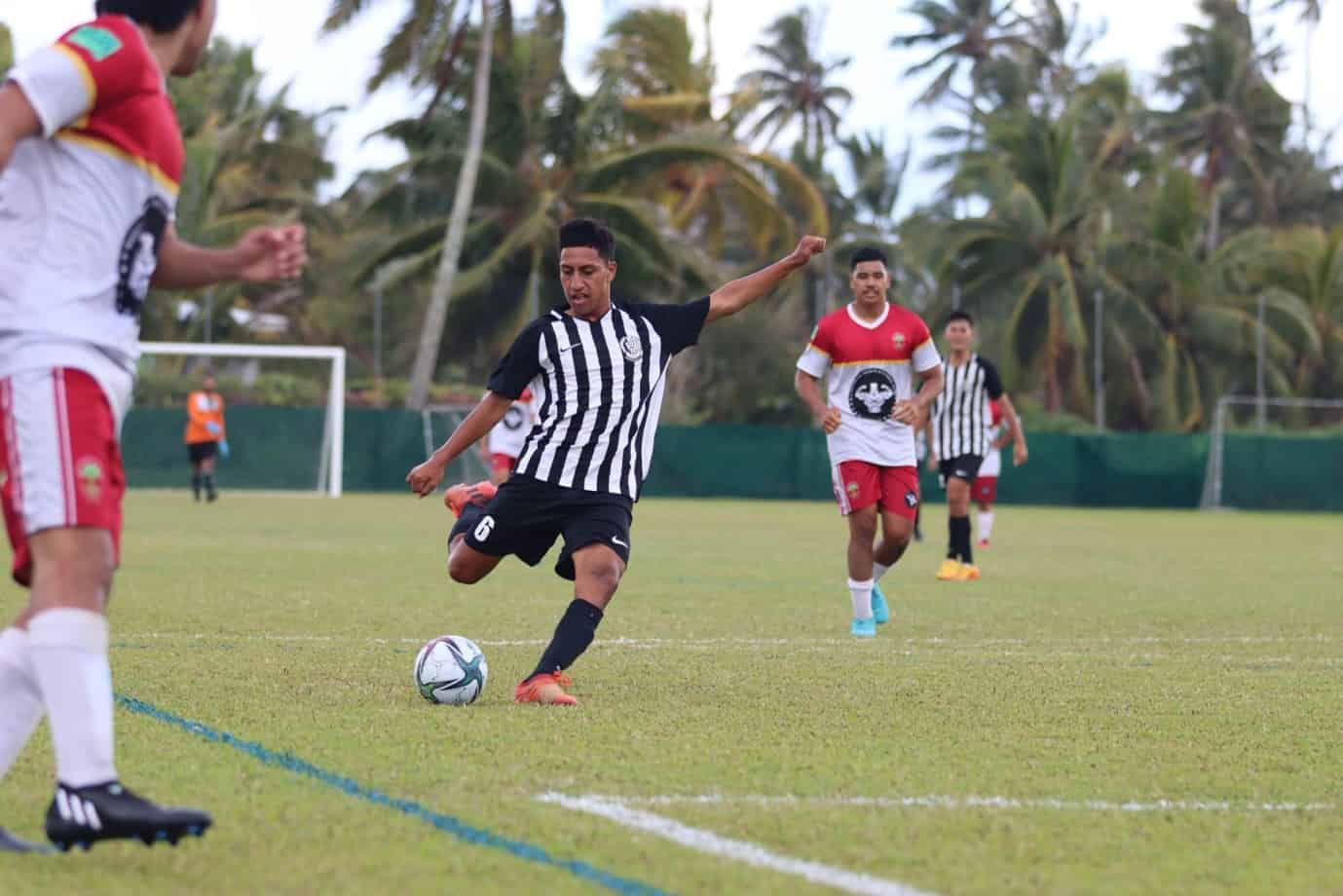 The football season is one stepping stone closer to the crowning of its round cup winners for 2022, after the completion of the ninth round.

Tupapa’s black and white army made sure to give their visitors, Matavera’s maroon soldiers, a difficult time at the CIFA Complex on Saturday.

In the Tower Insurance Premier men’s playoff, Matavera couldn’t seem to get the ball away from their danger zone, with Tupapa’s greedy frontliners interfering with any opportunities Matavera had.

The maroon men were having trouble keeping ownership, as the men in black took charge, setting the pace and dominating the pitch.

Hyping their performance with a throw in score then raised eyebrows on fans.

The men in black took their time to further the lead, as Matavera’s Ed Brogan and Freddie Holmes fought well and hard to keep their box clear of Tupapa’s men.

Then a quick one two laid off to Tupapa’s youth, Marcus Gibbens, who broke his way right through the maroon wall, opening them up 2-0.

Gibbens put another tally on the board after a slip up metres away from the goal.

The ball was put through, dominating the first 45 minutes 4-0.

The men in black came back on with the same energy in the second half, aiming for the highest number, and the Matavera side uneasy with an uncracked egg.

Matavera’s Caleb Fotheringham and Jean Teatai-Ariki took their chances, trying to crack through the 4-0 score, but Tupapa’s Oscar Wichman and Ronnie Sokai were deadly, sending any attempts out of their half.

Smashing through a final score a minute before the hooter, Tupapa Maraerenga finished their match with a grin and 10 points to nothing score, sitting happily at the top spot.

Tupapa’s ladies had no problem taking on Matavera’s maidens, the ladies in black, young star Jan-Marie Taia was too much for Matavera’s Sarah Enoka to keep outside the box.

Barely scrapping the 20-minute mark, the youngster had her a foot on the ball, but Enoka hustling her for possession.

It left Taia with a small window for her to chip a ground ball right past their keeper,  leaving them in the lead.