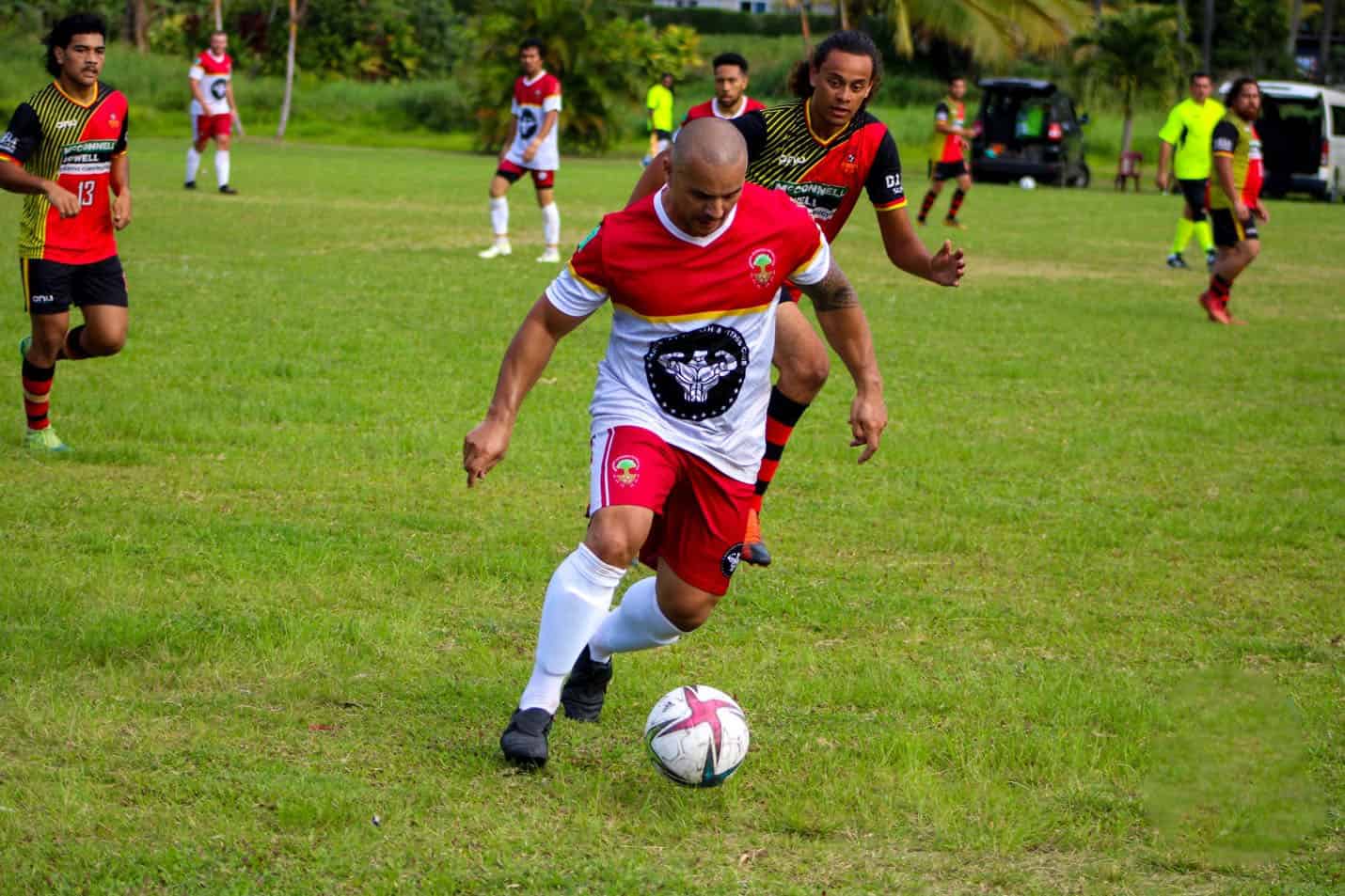 Matavera’s Ed Brogan controls possession, after stealing it off of a Puaikura player, in their last encounter. CIFA MEDIA/22110427

Takitumu will be buzzing with football supporters when they host Puaikura this afternoon. In the Tower Insurance premier men’s battle, the fourth placed home side will be looking for a victory against the struggling Puaikura side.

The visitors will need to perform with highest intensity if they want to pull away with their first three points.

Matavera will be relying on the like of Paul Poila and George Ellis against Puaikura’s defenders Paul Luiz Van Ejik and Atu Putere.

In the Islander senior women’s match, Matavera’s ever improving ladies, currently sitting in third place, will be all out for win against second placed Puaikura.

Matavera have been on a downwards slope these past few weeks and they need a win today to save their 2022 season while Puaikura will be determined to get back to winning ways after a disappointing loss last week.