All eyes on annual race 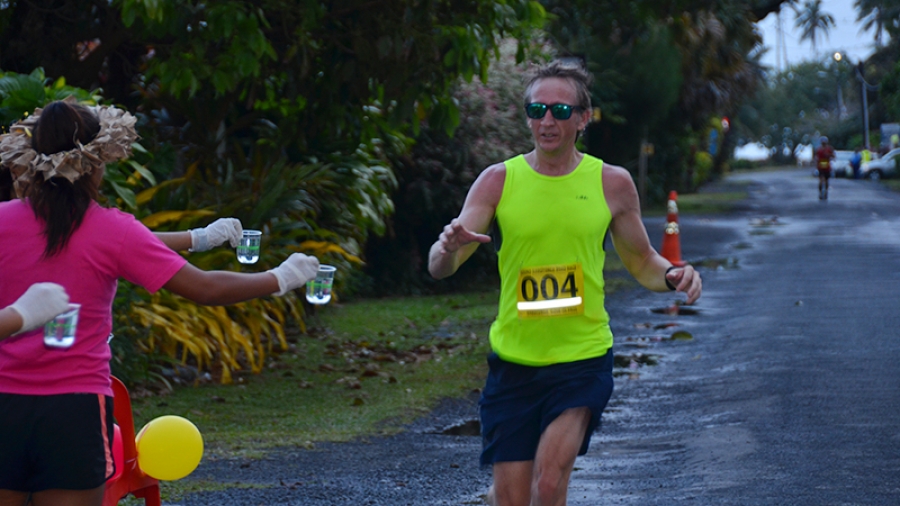 About 270 runners are taking part in the 45th Round Rarotonga Road Race which started early this morning from the National Auditorium Domes.

More than 150 international runners, walkers and supporters are part of the annual event which will feature 31-kilometre round Rarotonga run and 10km run and walk from Muri.

The 31km race was scheduled to start at 5.30am while the popular 10km event will get underway at 7.30am from Te Manava Resort in Tikioki.

The participants will finish the race at the National Auditorium Domes.

Matariki Wilson of Destination Management Cook Islands (DMCK) which manages the race on behalf of Athletics Cook Islands is asking road users to be mindful of the runners this morning.

Police will be providing escort and the Girls Guide members will be manning water stations to keep the runners hydrated.

This year’s event also marks the return of international runners who missed out in the past two years due to Covid-19 pandemic.

The race is a key fundraiser for Athletics Cook Islands with funds raised going towards junior athletics development – namely in the form of providing pathways for local talent to pit their talent against their Kiwi peers at the annual New Zealand secondary school’s athletics competition. This development path has seen many aspiring athletes become national representatives on both the regional and international stages.

The event is also key to the destination development and rebuilding of tourism in the Cook Islands where pre-pandemic races saw upwards of 300 international visitors join the race.

Wilson thanked major sponsor Bank South Pacific and their 30 staff including country manager David Street who are taking part in today’s event. Street won the Round Rarotonga Race in 2020.