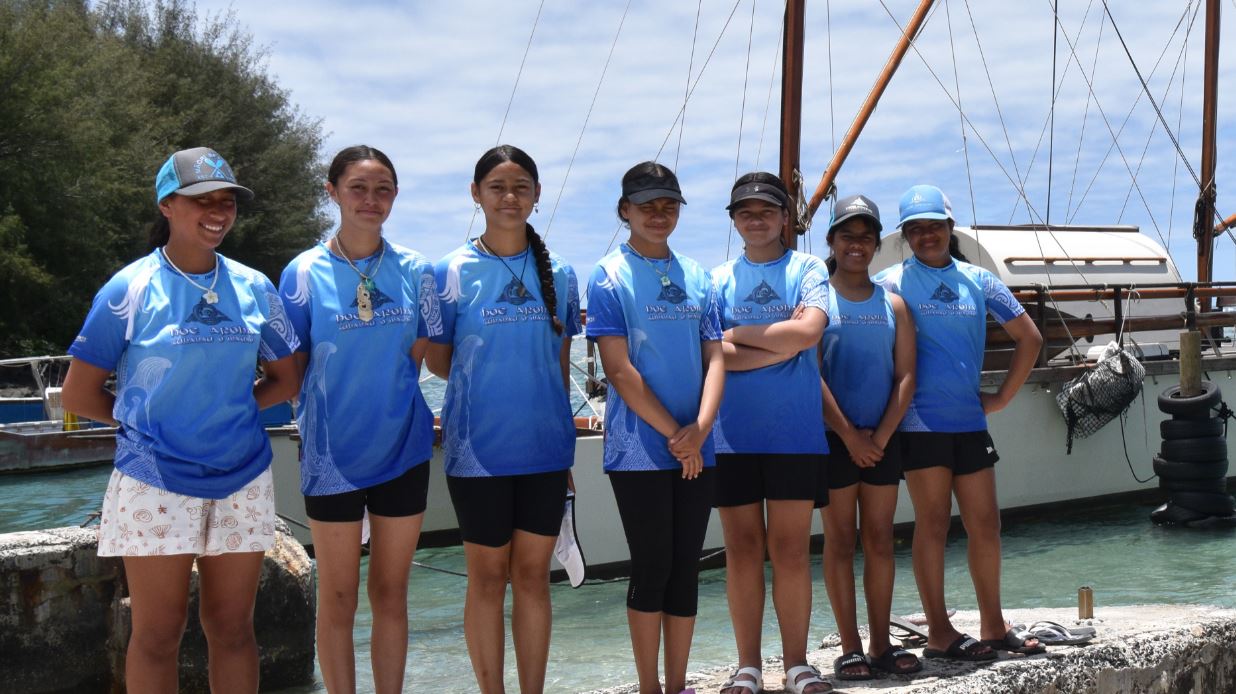 Over the course of a week – from November 19 through to November 26 – paddlers in a range of ages and divisions will showcase their paddling abilities and brave the ocean in the hope for medals in the annual event.

Association president Teina Taulu said for the first time since 2019, they were honoured to welcome international teams from New Zealand and Canada.

“From Tauranga, New Zealand, we welcome the under 16 women’s team Nga Maia from Hoe Aroha Whanau o Mauao Club who have been out training on our moana since Tuesday,” Taulu said.

Hoe Aroha’s manager, Petra Wharekura raced in Vaka Eiva 2009, and is happy to bring the next generation of paddlers back to Rarotonga.

Her brother, Maia Wharekura, was originally manager of the team but sadly he passed away a few months ago and Petra took over the reins. The team is named after her brother.

The team already had plans to join this year’s Vaka Eiva and when that was cancelled, they asked to join the Nationals instead. The visitors will compete in the 12 kilometre and 5km races on Monday.

“It’s pretty hot and I’m looking forward to seeing the other paddlers, and being on the water,” said Tahi.

Taulu said: “We also have on the island Team River Runners from Canada who are entering a Masters Women and a Masters Mixed team, Kia orana to Claire Robinson and your team.”

Yet to arrive is Pineula’s open men’s team, the silver medallists in the open men’s division at the New Zealand’s Long-Distance Nationals held in October this year.

The Nationals will get underway on Saturday with the V6 12km Iron Race – U19 and Masters (40+) and V6 18km Iron Race (open’s) starting at 1pm from Avarua Harbour.

Registrations start at 11.30am at the Vaka Shed.

On Monday, November 21, a short but intense 5km race will take place in the U16 junior division.

“Oe Vaka is a traditional practise and CICA endeavour to continue developing youth with paddlers as young as 11 taking up the sport,” Taulu said.

The Association is calling for support from the community and seeking their cooperation in ensuring the event runs smoothly.

Vaka involved in the competition are required to be moved from the Justice building across the main road to Trader Jacks where the races will start.

“So please practise patience when using the road between the Empire Theatre Cinema and the Avarua roundabout on race days,” Taulu said.

If you are living along the coast between Trader Jacks and Apii Te Uki Ou, gather your families and friends, and cheer on the vaka.

The longest race distance is 18km (just past Avana passage), and winners from the last Oe Vaka Nationals will be battling to retain their title.

At next year’s Vaka Eiva, the Association hopes to see the return of other Pacific Island nation teams, including Tahiti and Hawaii, as well as Australia and New Zealand.