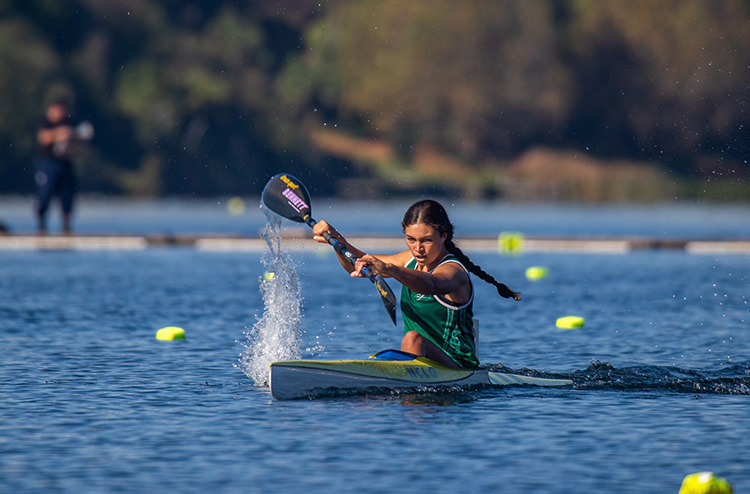 The event held a week ago at Lake Karapiro doubled as the Oceania Championships.

Race conditions were challenging over the course of the event, but for (Jade) Tierney and Tamarua-Horton; Team Cook Islands local based athletes, it provided valuable racing building towards their departure for the Tokyo Games.

Tamarua-Horton made the finals in the Olympic distances in the U18 Men’s division.

Dearlove made the semifinal in the U18 Men’s 200m.

The Tierney siblings continued their success in team boats bagging two bronze medals (U18 WK4), teaming up with Christchurch-based paddlers Garrett and Roadley.

The Canoe and Kayak Cook Islands programme will take a short break before kicking off their next season in July, which will consist of an Open Day to register new members, and both flat water and open ocean paddling.

Beyond the Tokyo Games on the programme’s immediate radar is the World Ocean Marathon Championships (Surf Ski) in Auckland in January next year.

Jade Tierney and Tamarua-Horton will spend a further month training from Rarotonga before returning to New Zealand to train with their respective technical coaches, which would be their final Olympic Games preparation.  They will both hold fundraisers to support their Games’ preparation needs.

For any queries regarding the upcoming programme Open Day or to support local Olympians Tierney and Tamarua-Horton, contact Roly Rolleston at 54779.